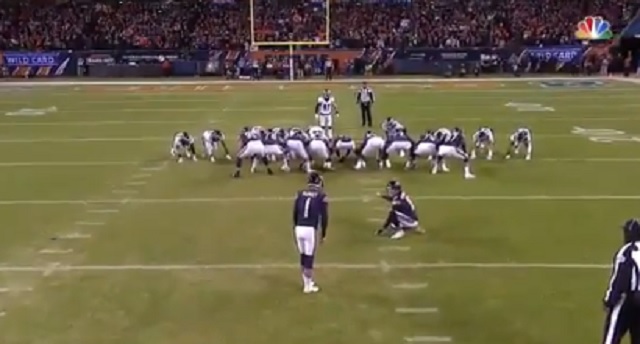 At the end of tonight’s Bears-Eagles wildcard playoff game it seemed like the Bears had the game in the bag after driving up the field down one point and within field goal range.

Unfortunately Bears kicker Cody Parkey missed the field goal in one of the worst way possible when he hit the crossbar with 5 seconds left on the clock.

Cody Parkey was boo’d (loudly) as he ran off the field. His $3.5M salary next season is fully guaranteed. pic.twitter.com/kxm67I8MZX

The Internet lost its shit after Parkey’s miss.

Cody Parkey went to Auburn so I’m not shocked at all that he missed the game winning field goal….. pic.twitter.com/TAj5ab70Jd

He’s probably on the verge of tears and is kicking himself in the head..

Let’s give the kid some respect and time to grieve…

NBC: PLAY EVERY KICK HE’S MISSED THIS YEAR NOW SO HIS FAMILY AND FRIEND CAN SEE IT TOO!!!!!

Bears fans and the entire city of Chicago: pic.twitter.com/Xy5SUhpste