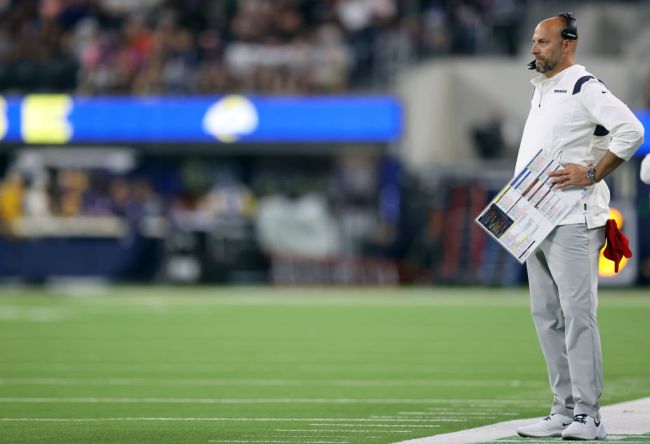 Matt Nagy’s seat in Chicago has been hot for quite some time now and it certainly hasn’t cooled off at all with the Bears starting the season 1-2.

Most fans have been shouting for Nagy to lose his job for well over a year now, and after Sunday’s performance in Chicago’s loss to the Browns, those fans may get their wish. Dan Orlovsky sure thinks Nagy should be relieved of his duties.

While the fanbase should still be excited for Justin Fields’ future under center in Chicago, but if the game plan that Nagy came up with against Cleveland is a preview for what’s to come for the rest of the year, then Nagy has got to go.

Orlovsky, usually a calm, level-headed personality on ESPN went on a passionate rant explaining that Nagy should be fired on Monday. Orlovsky went as far as to question whether or not Nagy’s terrible game plan for Fields was intentional as if he wanted to see the young quarterback fail.

“Yesterday you showed us that you are either incapable of designing the proper gameplan around a dynamic quarterback or you showed us that it was intentional, you wanted him to fail, and you set him up to be a disaster,” Orlovsky said.

I agree with Dan Orlovsky. The Bears should fire Matt Nagy TODAY. He set Justin Fields up to fail. Shameful to watch. pic.twitter.com/0lqZTGOxnJ

That’s a pretty outlandish hypothesis for Orlovsky just to throw out there, thinking that maybe Nagy purposefully threw his quarterback under the bus.

At the end of the day, Orlovsky’s first guess of Nagy not being capable of coming up with a solid game plan is the accurate one. Nagy certainly didn’t seem capable of leading this team on Sunday.