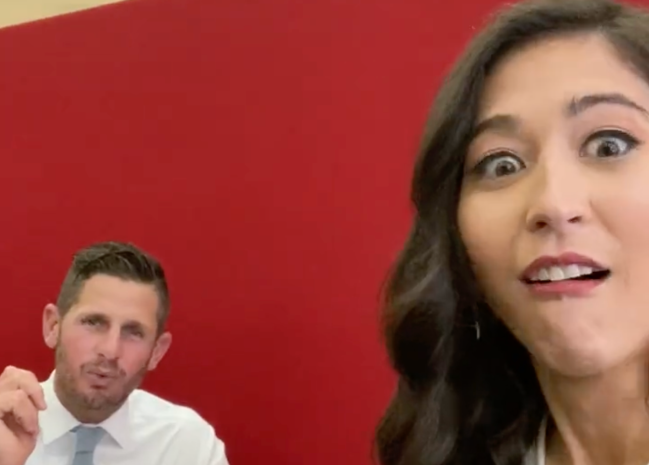 Dan Orlovsky is a talented dude that’s done a lot of pretty cool things in his day. He was a fifth-round NFL Draft pick back in 2005, had a lengthy career in the league, and now talks about football for a living at ESPN. Those three things would probably be the top three bullet points on his resumé, but they shouldn’t be. Instead, his ability to perfectly imitate a dog’s bark should be considered his greatest talent and achievement.

Fellow ESPNer Mina Kimes jumped on Twitter and shared a video saying that she had found Orlovsky’s greatest talent and she wasn’t lying.

I’m not exaggerating when I say that Orlovsky’s dog bark sounds more convincing than my actual dog’s bark.

Plenty of people immediately thought that the video was fake, but Kimes posted a second video of Orlovsky barking like a dog to prove that it is in fact real.

people think it’s fake so here he is doing it again I will never get over this pic.twitter.com/8FLW4EPgMp

As for the backstory of Orlovsky randomly barking like a dog and Kimes discovering the talent, according to her, the former QB  barked in response to a gambling reference to dogs barking.

I believe it was when @DougESPN made a gambling reference to dogs barking and then Dan…barked. https://t.co/9PB2SNnxv0