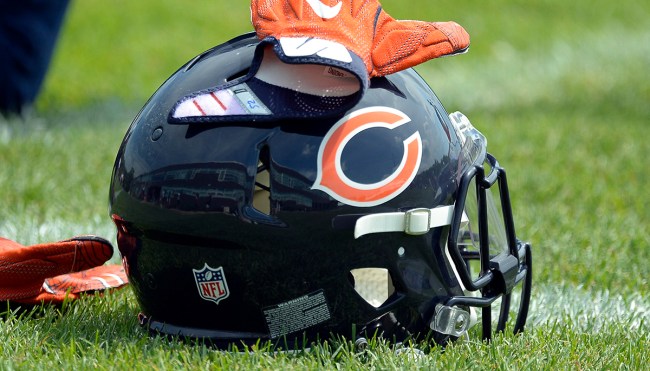 NFL fans still have more than a month to go until the start of the regular season, but plenty of teams have been doing what they can to drum up excitement for the upcoming slate of games with the help of the unique uniforms they’ll be rocking during some of them.

Not even Tom Brady was able to ignore the red throwbacks the Patriots unveiled last month (although he can take some solace in knowing Tampa Bay will be rocking their hallowed Creamsicle get-up this year), and plenty of other franchises have managed to drum up a bit of hype with the help of some reimagined gear.

On Sunday, the Chicago Bears attempted to get in on the action when they dropped their first look at the alternate helmets they’ll be donning as part of the very orange uniforms players will be sporting when they face off against the Commanders on October 13th.

Unfortunately, the assertion that those helmets were “fresher than the rest” was not reflected by the reactions of the many fans who dragged the team for seemingly drawing inspiration from a traffic cone as opposed to its history.

This will be the first time the Bears will wear an orange helmet, but they’re obviously far from the first NFL team to do so—a fact that the Cleveland Browns were more than happy to point out in a tweet that was posted shortly after Chicago unveiled the new buckets.

oh nice helmet color. where'd you get that idea? 🤔 https://t.co/YflwVnQkQl

It’s kind of hard to blame the Browns for being a bit salty about this development, as Cleveland’s logoless orange helmets are arguably one of the few redeeming aspects of a franchise that really hasn’t had much to brag about for the past few decades.

At least they got the W here.