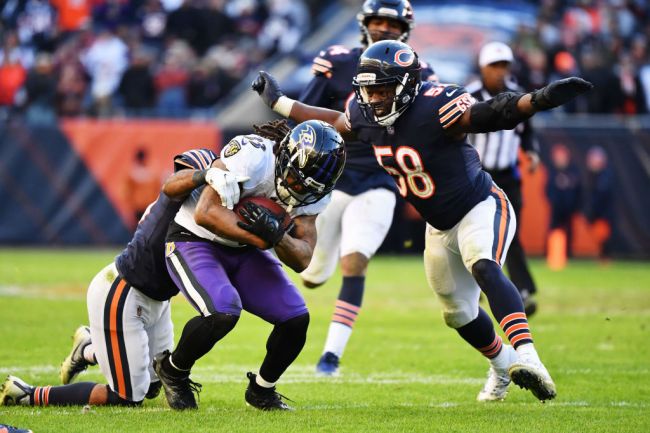 Well, that situation didn’t take long for it to work itself out.

It has been less than 2 weeks since Roquan Smith requested that the Chicago Bears trade him and the trade saga had some interesting twists along the way.

After placing Smith on the PUP list during contract negotiations so he wouldn’t face fines for missing camp, they removed him from the list after he requested the trade.

Then things got strange as a report emerged that somebody representing Smith was contacting other teams to gauge trade interest. The Bears hadn’t given Smith permission to seek a trade, so this created the potential for tampering issues.

Someone who claims to represent Roquan Smith is calling teams to gauge trade interest, even though the Bears haven't granted Smith permission to seek a trade. https://t.co/VnvC1VQfkw

Now it seems that Smith has entirely changed his mind about the trade request. Today, Ian Rapoport reported that Smith had decided he would play out the final year of his deal after returning to practice today.

#Bears star LB Roquan Smith, who returned to practice for the first time after an emotional and intense contract situation, now plans to play out his contract, I’m told. His deal runs through 2022.

This is great news for the Chicago Bears and bad news for all of the people who flooded sports books with bets on the Bears to be the NFL’s worst team.

The Bears still won’t be expected to be great this season, but retaining their 2-time All-Pro will certainly help them compete.

Meanwhile, Roquan Smith will be out to impress throughout this season as he prepares to hit free agency next year.