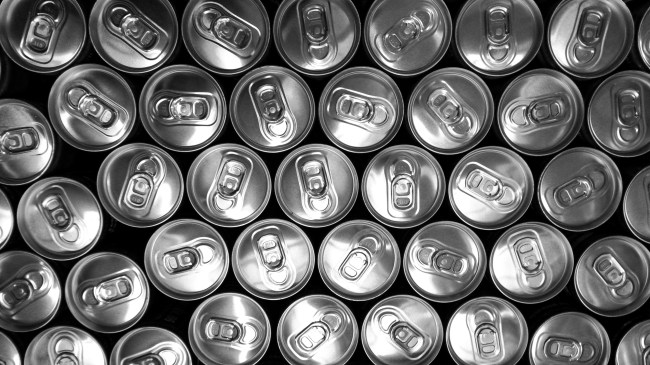 Chicago Cubs fans are some of the most diehard baseball fans on the planet, but a few of them showed last night during a blowout loss to the Atlanta Braves that they have some engineering skills, too. Unfortunately, it came at the expense of their team getting walloped by the home team, but, hey, Internet fame comes at a small cost.

During the eventual 8-0 loss, a few Chicago Cubs fans were spotted in the stands during the ninth inning with a badass, three-foot-tall beer pyramid that they built to occupy their time and ignore the pathetic display of baseball going on in front of them. In fact, the Cubbies played so bad that the beer pyramid the Cubs fans built represented all the errors and unearned runs the team had given up, with the beer can pyramid eventually holding 44 beer cans. Take a look at the structure below.

ICYMI last night, these folks built a beer can pyramid during the Cubs – Braves game. They added a can for each error and unearned run Chicago gave up. pic.twitter.com/2kw8OgknTN

Unfortunately, the impressive beer can pyramid wasn’t built to withstand a 45th beer, with the thing collapsing in grand fashion when another empty can was attempted to be put on it. Here’s a video of the great pyramid falling down.

What do you do when your team is being shut out? pic.twitter.com/AbmaNs1w2q

Not only did the Chicago Cubs fans impressively kill 45 beers and build a three-foot-tall pyramid afterwards, but, somehow, they were able to actually relate it to the game itself. And, for those who are wondering just how piss-poor the Cubbies played last night, the team tied an error record that no team should ever want to be linked to, per ESPN.

The six errors were the most in a game by the Cubs in 13 years, and it had been 54 years since they were shut out while making at least that many miscues, according to Elias Sports Bureau.

Things were so bad for the Cubs last night that every single infielder made at least one error. Guys, it’s like the Bad News Bears were playing out there last night, so no wonder some of the visiting Chicago Cubs fans wanted to drink their sorrows away and build something badass with all those empties. Hopefully, this whole beer can pyramid thing doesn’t become routine the rest of the season, because that just means things got way out of hand on the North Side.