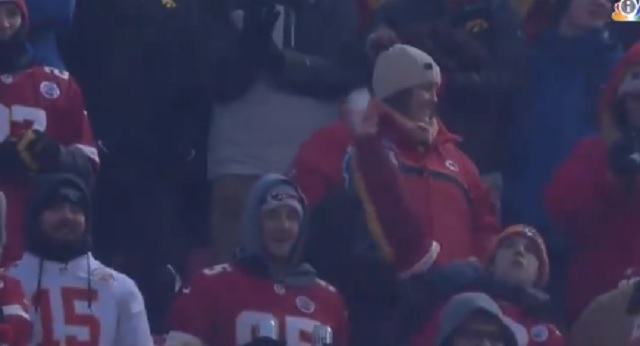 In the second quarter of today’s divisional playoff game between the Colts on the Chiefs, Chiefs coach Andy Reid had to admonish several fans at Arrowhead stadium for throwing snowballs at Colts punter Rigoberto Sanchez.

Andy is pissed at his fans for throwing snowballs on the field. pic.twitter.com/H4L7G8zyiM

One Chiefs fan who was throwing snowballs on the field was busted by NBC’s cameras.

Chiefs fans on Twitter weren’t happy with the fan.

Smile moron. You're now banned from Arrowhead Stadium…and banished from the Kingdom. https://t.co/kKodSeqfCj

Idiot just got caught on national TV throwing a snowball. He won't see the second half #ChiefsKingdom