Chiefs Lineman Laurent Duvernay-Tardif In Talks With The NFL To Add ‘M.D.’ On His Jersey After He Finishes Medical School 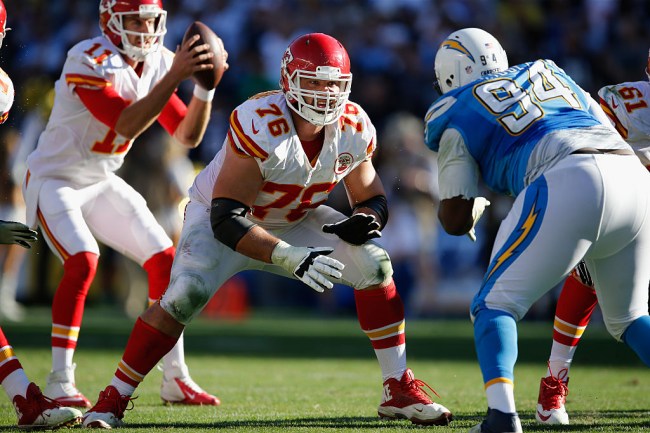 27-year-old Kansas City Chiefs lineman Laurent Duvernay-Tardif is planning to become the first football player to step onto an NFL field as a physician next season when he’s finally able to finish medical school after years of trying to squeeze in time during his off-seasons.

Via The Players Tribune

Ultimately, I’m just like any other full-time NFL player. In the off-season, I’m free to pursue my own interests. I had one year of medical school left when I got drafted, so I worked out an arrangement with the faculty to complete my final year in three separate four-month blocks. I did my first two segments in 2015 and ’16, and I’m splitting my final segment between this current off-season and next. Interestingly, when my next med school semester starts will depend on when my season ends, and with the Chiefs competing in the playoffs every year, my dates keep getting pushed back.

Duvernay-Tardif is now petitioning the NFL to add M.D. to the back of his jersey next season to acknowledge his outstanding achievement.

Via The K.C. Star

“
“I want to put Duvernay-Tardif M.D. on my jersey,” he said. “I’ve already started a conversation with the league office and they say that anything is possible.”

#Chiefs OL Laurent Duvernay-Tardif is talking to the league about adding "M.D." to his jersey next season (per @KCStar). pic.twitter.com/y62TJQWlYX

There’s no reason the NFL shouldn’t do this and it would be great publicity for them next season. Here’s hoping Duvernay-Tardif finishes medical school and gets that “M.D.” on his jersey.