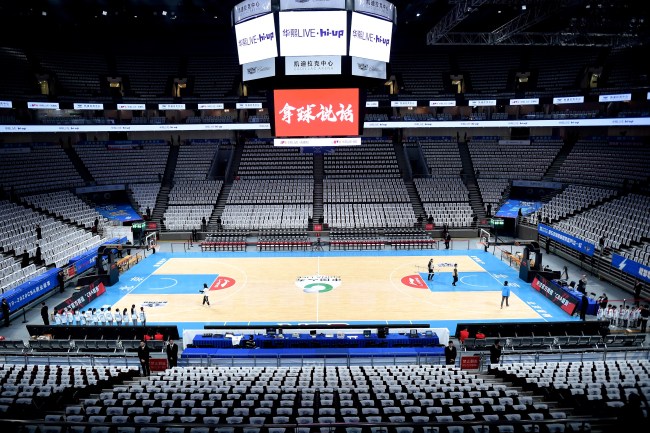 The Chinese Basketball Association is preparing to resume their basketball season after it was postponed due to the coronavirus outbreak in the country. The CBA has told American players to return as early as this weekend to prepare for games to resume in early April but it doesn’t seem like those players will comply with the league’s directive.

Approximately 40 Americans — including former NBA players Jeremy Lin, Lance Stephenson, Tyler Hansbrough and Ty Lawson — are under contract with the 20 teams that make up the Chinese Basketball Association. Most foreign players were sent home over the Lunar New Year holiday in late January, with instructions to prepare to return in mid- to late February.

As positive signs have emerged in China in recent weeks regarding containment of the virus, CBA team officials are discussing several formats for how to resume play, sources told ESPN, including hosting all 20 teams in one or two cities and playing a truncated regular season and playoff schedule, without fans.

Several American players have since spoken with ESPN and have said that they will not go back to China anytime soon due to the coronavirus situation in the country.

American players have been informed that they will be required to spend 14 days in quarantine upon return to China, sources told ESPN, although details remain sparse regarding where and how that process would be conducted.

Conversations with players and representatives for around half of the Americans in the league revealed a significant amount of trepidation for how to proceed, with many players flatly stating at the moment that they do not plan on getting on a plane to China anytime in the near future due to safety concerns, at least not without significantly more information in hand.

Apparently CBA teams are now threatening American players with lifetime bans if they refuse to come back to China and play.

ESPN sources: While the Chinese Basketball Association has taken a measured approach, the tone from CBA teams is becoming increasingly hostile, threatening lifetime bans for players who refuse to return and loss of league agency licenses for 2-3 years for their representation. https://t.co/27RuYg99ne

This just seems like an absurd way to strong-arm players during an extremely sensitive time.