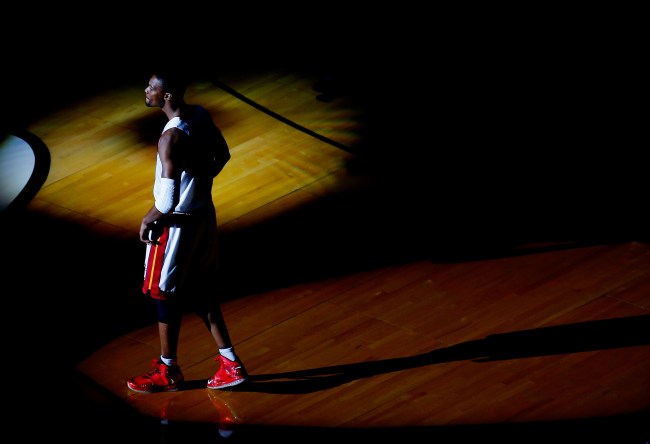 While speaking to Stephen A. Smith on First Take this morning former All-Star center Chris Bosh says he’s ready to make an NBA comeback despite not playing since the 2015/2016 season after he was forced to retire due to a recurring blood clot issue.

I’ve been in the gym. I can still play basketball. No I’m not done yet,” Bosh said in an appearance on ESPN’s “First Take.”

Bosh, 33, was then asked by Stephen A. Smith if that means he’s trying to come back.

“Yeah, I’m trying to come—man, I see all these guys shooting threes and not playing defense. Man, I mean, I got to get some of it,” he quipped. Bosh said he’s ready to return this season for a contending team.

.@chrisbosh says he's trying to come back to the NBA. pic.twitter.com/2yUmuaonCw

The last day a free-agent can sign with an NBA team and still be eligible for the playoffs is March 1 and it’s doubtful any team would take a chance on Bosh with such short notice considering his history of blood clots.