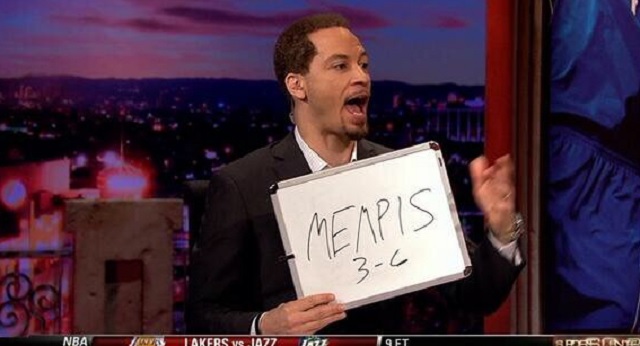 Boston Celtics guard Avery Bradley was left off the NBA’s All-Defensive teams yesterday which led to some outcry from certain players in the league including Damian Lillard and CJ McCollum.

Smh they not watchin these games bro lol https://t.co/uIQ0FFobpG

FS1 host Chris Broussard went on Speak For Youself and said that he didn’t vote for Bradley because the Celtics gave up 70 points to Suns guard Devin Booker. There’s only one problem with Broussard’s reasoning, Avery Bradley did not play in that game.

Chris Broussard didn't vote A. Bradley in his All-Defensive teams because Booker dropped 70 on BOS…

The NBA needs to take away Broussard’s voting rights because this is pretty fucking egregious on his part.