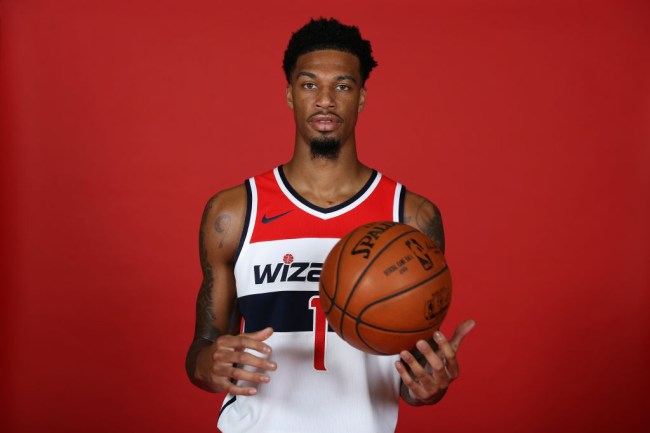 Although Brisk Iced Tea is delicious, the 23-year-old’s motive for the chain purchase stems from his nickname, Brisk, which he carried for his few years in the league.

According to TMZ, the chain was made by Moses the Jeweler in NYC and features 14k white gold and heart and arrow cut diamonds. It reporedly took about 6 months to complete due to all the intricacies.

NBA's Chris McCullough Drops $100k on Icy Iced Tea Chain: With a nickname like Brisk, you gotta look the part … and that's exactly what Chris McCullough did … droppin' a ton of cash for his new chain — a Lipton Brisk Iced Tea can!! TMZ Sports has… https://t.co/iWTo73tnpe pic.twitter.com/BYIRxeGDBj

Check out the reveal video below.

McCullough has spent the majority of the last three seasons in the G League with the Long Island Nets, Northern Arizona Suns, Wisconsin Herd,the Erie Bayhawks. However, he has reportedly earned $3.8 million in those last three years.

P.S. Moses the Jeweler is the same dude who made the $150,000 chain of Larry David’s bust for Executive Producer and manager David Weintraub.