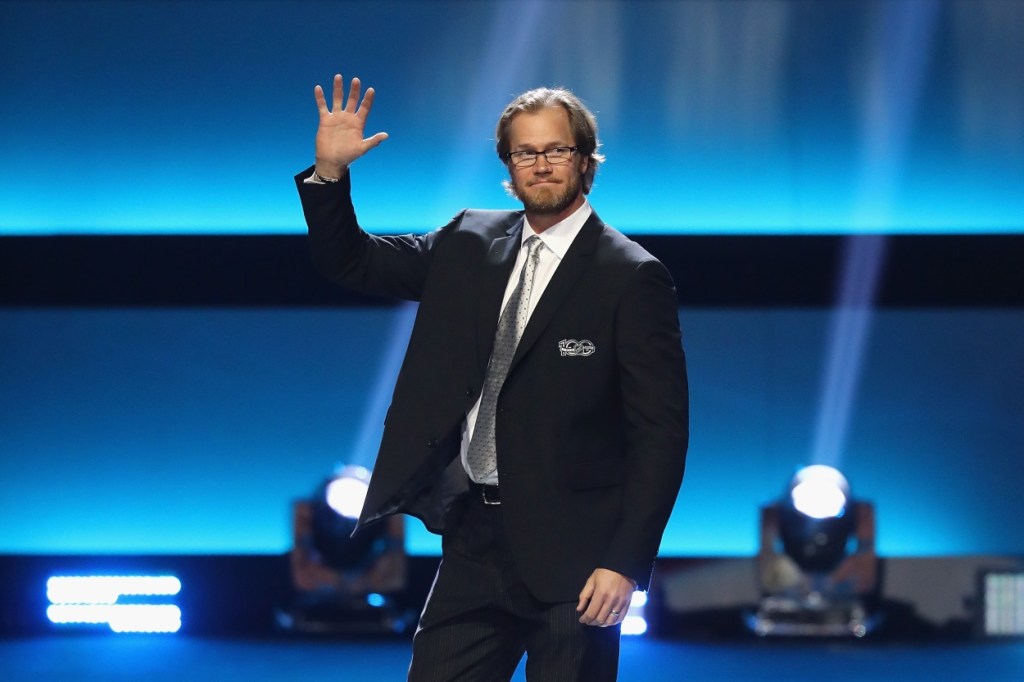 Former NHL star Chris Pronger spent 23 LONG seasons in the NHL and played in 1,167 games. That’s A LOT of travel. There are 82 games in an NHL season with 41 home games and 41 on the road, without counting the playoffs.

Let’s just assume that Pronger played roughly half of his games on the road and that’s 583 games that required him to travel to another arena. This meant getting on a commercial plane, chartered flight, bus, or train for games and in this Twitter thread below, Chris Pronger details what that travel was really like.

We’ve covered some recent Twitter threads from Chris Pronger including his first one about common ‘traps’ pro athletes fall into and lose their money. We also covered a recent thread about how easy it is for professional athletes to blow through $30 million. This thread is a little different as he’s discussing things that are mostly out of athlete’s control, travel. The best and worst parts of getting to road games and how it changed over the years.

Chris Pronger Shares The Best And Worst Parts About Traveling

Something most people have no idea about that is a huge part of being a professional athlete: TRAVEL!

It can be a lot of fun but really tough on the body!

My rookie season in 1993 we flew commercial and of course, being a rookie, I was tasked with getting a middle seat most of the time.

We typically only flew on private charters for back to back game nights.

Otherwise I was sandwiched in the middle seat! LOL pic.twitter.com/pC2QKU9Oh6

Here is an example of the flights from Hartford:

Get on the plane in Hartford and squeeze into a middle seat for leg 1 to Chicago where we had a layover and plane change.

Get onto next flight from Chicago to Edmonton and yes once again I would fold myself into a middle seat!

Those travel days were typically an all day event and also remember we were traveling with all our equipment too.

That took up a lot of cargo space on the plane.

It was pretty funny seeing 25 athletes cruising through the airport, much like the scene from the movie “For Love of the Game” with Kevin Costner.

All eyes were on us as we strolled to our gate. As you might imagine we had some rather large players on our team. pic.twitter.com/quEXk13SMQ

Being one of those larger players and watching others passengers stare as I was crammed into my middle seat, I am sure was quite amusing to them

By 2011, my last season in Philadelphia, we were flying around on Charter planes that were outfitted with first class seats and card tables.

Definitely a welcome change and something that allowed us to recover better and faster!

After playing in Philadelphia, I am not sure there is a better located city in the NHL for travel.

We would take an Amtrak train to NYC & Washington.

A bus to Newark to play the Devils.

In bed most nights no later than 1AM

Now compare that to playing in Anaheim. Whew!

We would routinely return from a road game at 2AM-3AM into LAX due air curfew rules at John Wayne Airport (11pm). After landing we’d take a bus back to the Honda Center where we would then get into our cars and get home from there.

In hindsight, maybe putting an NHL team in Seattle was a bad idea.

Not ideal for rest and recovery! This map really tells the story with the density of most of the Eastern Conference teams being located in the northeast. pic.twitter.com/tSArwoty0X

Delta had a pretty sweet fleet of planes just for Sports teams to charter.

They used a private airport at LAX to fly out of. It was a great set up for us to travel in and out of.

Those plane rides are also some of the fondest memories I have from my playing career.

So many laughs and great conversations with teammates, coaches and yes … even the media!

I saw a guy spend about 4 hours of a 12 hour flight bending his seat’s headrest into a concave shape to almost act as a pillow. He 100% ruined the plane but it reminds me of this:

In St Louis we used TWA before they were bought by American.

So, we’d bring a wrench + screwdriver with us to unscrew the seats so that we could stretch our legs out.

That was our way of sitting in first class! pic.twitter.com/e5rcEwzcAc

I always found it funny that we wore suits into the arena and out of the arenas and then changed into shorts and a t-shirt once we got onto the plane.

As time has passed the travel has gotten much easier with charter flights and what not.

One thing that hasn’t is getting in and out of the airport.

The hardest part of traveling: what it did to our bodies.

When you are on a 4-5 game roadtrip over the course of 8-9 days very rarely are you staying in a city longer than 48 hrs.

Our coaches could easily tell if we were tired from playing and would do give days off or manage our workload.

Teams are constantly just trying to get to the next city. Recovery is critical as the season progresses and teams will alter the travel schedule if the team is tired

Nowadays with all the tracking devices, players are able to track their recovery and sleep in a much better way.

This IMO has really helped teams and athletes improve their performance over the long grind of a season pic.twitter.com/HzhVYQjXjM

My weight could fluctuate by 5 lbs. on one long road trip and over the course of the season by as much as 10 lbs.

I needed to really focus on my eating habits to keep my body weight in the normal zone.

And again if we were on a longer flight over 1.5-2 hrs in length. (Most likely another steak for the protein and nutrients I needed to recover)

Anyway, thought you sport fans would enjoy a little insight into something most fans don’t get to see.

I wrote this because someone asked about it in my last tweet.

What other stuff do you guys want me to write about?

An interesting takeaway I have from this is there aren’t hard time limits on how athletes spend their time. They’re required to travel for road games even if that means they aren’t getting proper rest. Elsewhere on the plane, you’ve got pilots and flight attendants who have very strict limits on the number of consecutive hours they can work without taking breaks.

Athletes can eat, sleep, and relax on the plane, sure. But you’ve got a 6’6″ guy like Chris Pronger being forced into a middle seat and that’s not exactly rest.