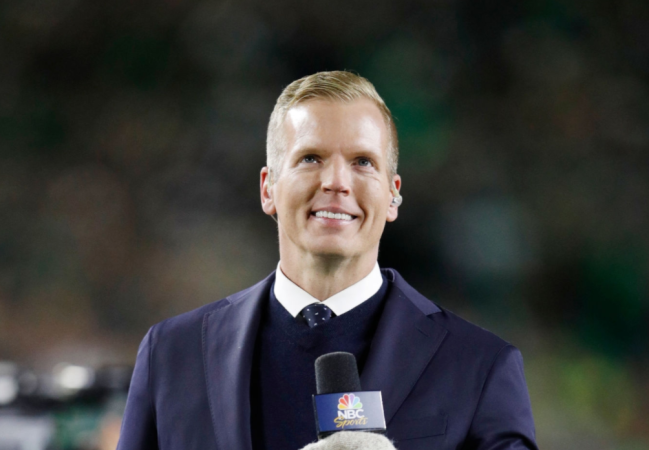 The 2021 NFL Draft is almost here, which means that mock draft season is thankfully almost behind us. We’re almost out of the woods from hearing about which teams are going to do what, which quarterback is going to be a bust, and what trades may go down.

The reality though is that nobody seems to know what is going to happen outside of the first two picks. Trevor Lawrence will be taken first overall by the Jaguars while Zach Wilson is the odds-on favorite to go No. 2 to the Jets. For the most part, it’s a guessing game beyond that point, one in which Chris Simms has attempted to play by putting together the most bizarre and unimaginable mock drafts in the history of mock drafts.

Look at this work of art:

You could argue that the Bengals taking Ja’Marr Chase over Penei Sewell at No. 5 and Washington trading up to select Trey Lance at No. 10 are somewhat surprising moves, but beyond that, nothing really jumps out when it comes to his Top 10 picks.

But then, stuff goes off the rails, and fast.

The Patriots trading up to No. 11 to pick Jaylen Waddle when Justin Fields is still on the board? Speaking of Fields, you may be looking at Simms’ mock draft and wondering where his name is. You’ll have to read 31 names before you see Fields’ name. That’s correct, Simms has Fields going to the Buccaneers with the very last pick of the first round.

There is a zero percent chance of Fields going to the Bucs at No. 32. Tampa Bay isn’t going to draft Tom Brady’s eventual replacement in the first round, that’s just a fact.

Simms has to be trolling with this mock draft, he has to be. There isn’t a reality in which Fields falls all the way to No. 32 with so many teams around the league needing a quarterback.