Chris Webber Is Not A Fan Of Anthony Davis, Questions What He’s Proven As A Player 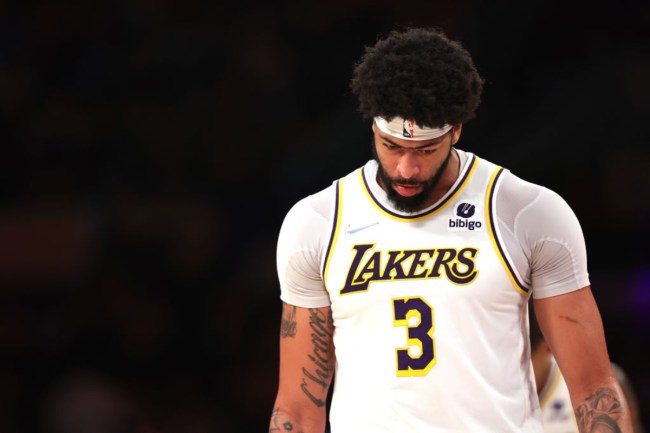 Anthony Davis just wrapped up his 10th season in the NBA. In those 10 seasons, he’s been named an All-Star eight times, been a member of the All-NBA First Team four times, and has won a championship.

Those accolades speak for themselves and certainly stand for something, but Chris Webber isn’t exactly sold on AD’s ability after being in the league for a full decade at this point.

Webber recently joined ‘The Colin Cowherd Podcast’ and shared his criticisms and honest opinion about Davis.

The former Sacramento Kings great doesn’t see AD as a player you can, or should, build a team around. Webber sees Davis more as a guy that can go add to a team that’s simply missing a piece.

“I felt that he could be that missing piece for someone else, I don’t know what he’s proven at,” Webber told Cowherd. “He’s a wonderful talent and he hit some big shots for LeBron. I get that. But we’re talking about him being the alpha and I don’t know when that’s worked.”

It's safe to say @realchriswebber is not a big Anthony Davis fan 😬 pic.twitter.com/lJli2NHCbg

Davis hasn’t played in more than 40 regular-season games in each of the last two seasons due to injury. If Davis could stay healthy, there’s a chance Webber doesn’t make these comments, but reality shows a declining Davis at this point in his career due to his inability to get on the court.

Davis played in just 36 games last season and 40 during the Lakers’ embarrassing campaign this year. He posted the third-highest field goal percentage of his career this past season, but that doesn’t mean too much when you play in half of your team’s regular-season games.

Lakers fans surely won’t appreciate Webber’s comments about Davis here, especially given his contract has him tied to L.A. thru 2024-25.