Stephen A. Smith Says LeBron James Is No Longer In The GOAT Conversation With Michael Jordan After The Lakers’ Terrible Season 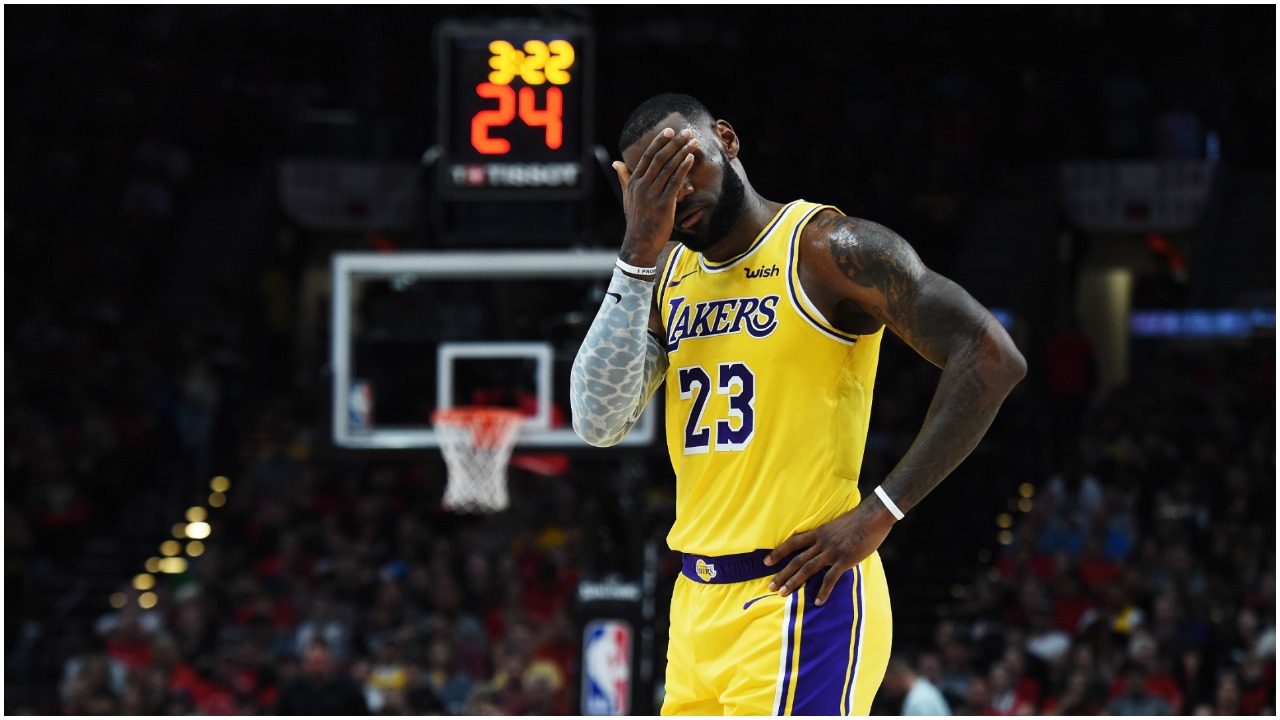 ESPN’s Stephen A.Smith believes the GOAT debate between LeBron James and Michael Jordan is over after this season.

Earlier this week, the LA Lakers were officially eliminated from the play-in tournament after losing their 48th game of the season.

The Lakers have officially been eliminated from playoff contention. pic.twitter.com/TMv5m8en6G

During ESPN’s pregame show on Wednesday night, Smith said that he believes LeBron is no longer in the GOAT discussion after the Lakers’ poor performance this season.

As GREAT as LeBron James the player has been this year, I can not say the same about LeBron the GM. This Lakers season ends all GOAT discussions TO ME!!! pic.twitter.com/OpKV0GB7Bx

“This is the worst season of LeBron James’ career cause I’m not talking about his numbers, and I’m not talking about what he did as a player,” Smith said. “I’m talking about what he’s a part of. The G.O.A.T. (greatest of all time) conversation is officially over. It was never there for me. It was always Michael Jordan first, LeBron second. But if ever there was any doubt, this cemented the fact that LeBron James cannot be considered the G.O.A.T. That conversation is over. And you know why it’s over? Because LeBron James was on the Lakers averaging 29, 30 points a game — it still happened.”

You hear that everyone? MJ’s personal caddie has spoken.

Next time you’re carrying his golf clubs, ask MJ what he was doing at age 37 or in season 19. https://t.co/Ian1PeYp5l

How is this ending GOAT discussions with you when he missed the playoffs in his 19th year at age 37. The standard he gets held 2 is crazy, considering nothing was impacting these other alltime greats legacies this late into their careers https://t.co/tqRXzy6U7Y

Not saying LeBron is the 🐐. But, this take is just dumb! #NBA #Lakers #GOAT https://t.co/lEr8aKvpuq