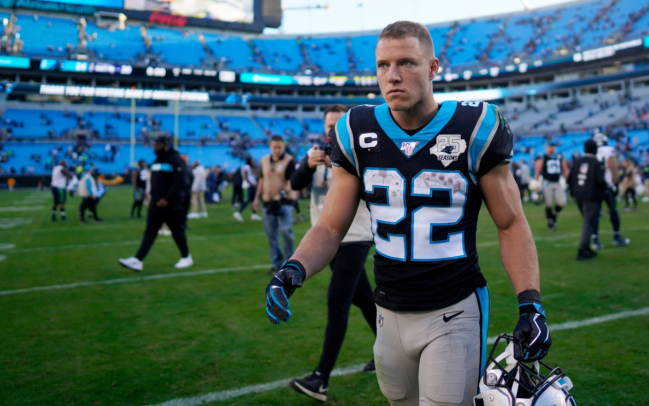 Stop us if you’ve heard this one before: a reporter is trying to put words in a professional athlete’s mouth and make something out of absolutely nothing. It’s a tale as old as time, and the latest victim appears to be Panthers’ running back Christian McCaffrey, who has absolutely no time for the drama.

McCaffrey recently joined ESPN’s ‘First Take’ and David Newton, one of the network’s reporters, shared his thoughts about McCaffrey’s interview and suggested that McCaffrey wasn’t showing support for Teddy Bridgewater, whose future in Carolina appears to be up in the air.

While Newton didn’t tag McCaffrey in his tweet, the former Stanford man saw it and decided to scold him telling him his characterization of the interview was completely out of touch.

I was asked about my reaction to rumors. The question was not about Teddy specifically, so I did not mention his name. I did 8 interviews today and every time I was asked about Teddy, I praised him because he DESERVES praise. Don’t speak for me to make a story.

The Panthers finished 5-11 in what was Matt Rhule’s first season as head coach and Bridgewater’s first season in Carolina. Bridgewater has been on the receiving end of quite a bit of criticism as he went 0-8 on game-winning drives in 2020. That’s not exactly what you want to see from your starting quarterback, especially in his first season after signing a three-year deal worth $63 million.

Rhule has made it very clear that Bridgewater’s name isn’t permanently carved at the top of the depth chart. The former Baylor head coach has said that the Panthers will “look at every opportunity” to make the team better, which includes a possible changeup at the QB position. He has also stated that Bridgewater has “to have a tremendous offseason” in order to keep his spot as QB1.