Per Report, Bengals Have ‘Clearly Signaled’ That They’ll Take Joe Burrow With The First-Overall Pick 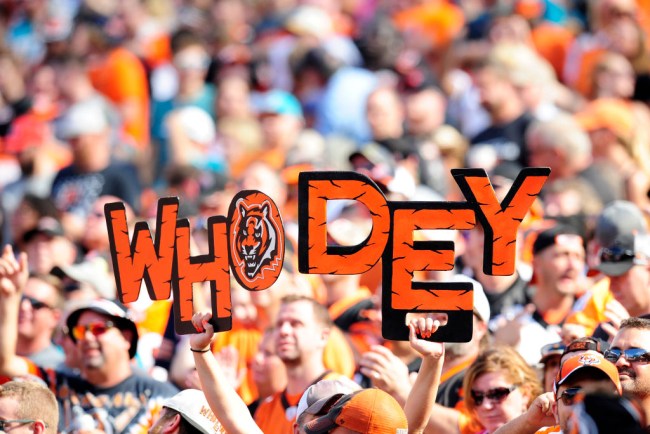 It’s far from a secret, Joe Burrow is expected to be the first name called at the 2020 NFL Draft in April. The Bengals sit in the driver’s seat with the No. 1 overall pick and should honestly be kicked out of the NFL if they don’t take Burrow.

With that being said, it’s rumor season as we lead up to the NFL Draft. While plenty of talking heads have voiced their opinions about Burrow and whether or not he should be the first player taken in the Draft, it’s felt like nothing but meaningless chatter.

Related: Dan Patrick Doesn’t Believe Joe Burrow Is All-In On Being Drafted By The Bengals, And He May Be Onto Something

After all, Burrow is coming off of one of the greatest seasons in college football history and showed that he has every tool needed to have a more than a promising career at the next level.

According to NFL insider Matt Miller of Bleacher Report, all of these rumors about Cincinnati possibly skipping on Burrow are simply that, rumors.

“Barring some kind of Ricky Williams trade up the board, they’re taking [Burrow],” is how one coach put it in a text this week. Others will tell you this has been known since the Bengals secured the No. 1 overall pick. So why are there rumors that Cincinnati and Burrow aren’t a fit?

One former general manager told me that’s by design. “If you’re Burrow, you probably don’t love the idea of being a Bengal, but you’re too good of a kid to ever say that. So you just sit and let the rumors happen, and maybe someone like Carolina or Miami trades everything they have to come get you. It’s not the worst move ever.”

The Bengals, though, are not expected to bite. According to a coach who worked with Burrow in college, Cincinnati has clearly signaled the former LSU quarterback is its choice without coming out and saying it. And that’s how the NFL wants it. There is an unwritten rule that teams not tip their hands as far as the top pick.

This certainly isn’t groundbreaking stuff here, but it’s just another confident note that Burrow will be a Bengal in the very near future.