The Bengals’ Culture Is Reportedly Worse Than A College Team, With Players Feeling Belittled By Coaches 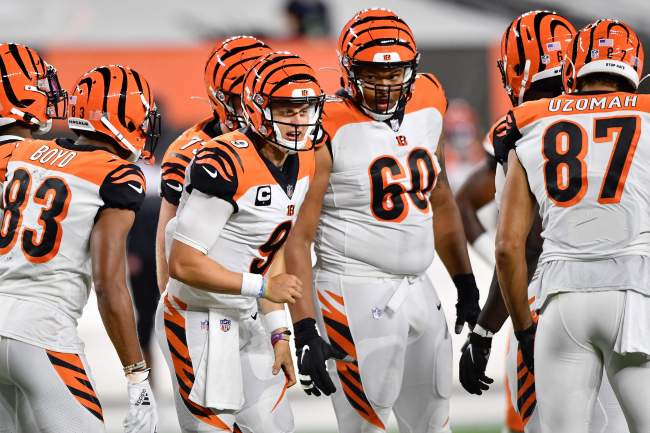 Coming off a 2-14 season in 2019, the Cincinnati Bengals had little reason for optimism heading into the 2020 campaign. Sure, they had the top pick in the draft — used to select quarterback Joe Burrow to hopefully become the face of the franchise — along with head coach Zac Taylor entering his second season, but, really, there wasn’t much to build upon from last year.

More than halfway through the season, the Bengals’ 2020 season hasn’t gone much better than 2019. Sure, they won a few more games, and Burrow looked like the real deal before devastatingly blowing out his knee during a Week 11 game, but the franchise still looks lightyears away from being a competent NFL team. And if the evidence on the field wasn’t enough of that, maybe a recent report about the team’s culture will convince you of that.

According to Sports Illustrated, the team has zero chemistry, lacks all sorts of leadership and, deep down, it sure sounds like players absolutely hate everything about the coaching staff. In fact, things are so bad that SI described the locker room culture with the Bengals as worse than a college team’s, and lacking any sort of professionalism.

Disgruntled players come with the territory of a coaching change. How new coaches build relationships with those players during the transition is a critical step for a locker room’s culture.

Multiple sources have described the culture in Cincinnati as more of a “college-level” environment instead of a professional locker room.

One member of the team said that the culture didn’t even compare to a college locker room.

Multiple people within the organization believe players are staying quiet because they don’t want to lose playing time. They say that there is very little trust between the players and the coaching staff.

Taylor declined to comment when I asked about trust issues between his players and staff.

What makes a great football team? Communication. Trust. Leadership. Those are three traits that define success in the NFL. Based off of the Sports Illustrated story, the Cincinnati Bengals are a long way away from establishing any of that, hence, why the team sits at a paltry 2-7-1 as it prepares to play the rest of the season with its backup quarterback. Ouch.

None of this should shock us, of course. This is the same team that saw a Pro Bowl defender put his house up for sale after a loss in order to get the attention of the front office to trade him. Hint: It did. We’ve also seen viral videos of the team’s best wideout, A.J. Green, looking like he mouthed the words “just trade me” while on the sideline during a game, proving the players have all but turned on their coaches.

Who knows if Zac Taylor’s the right man for the job or not, but at just 37 years old, he lacks the experience to bring his guys together to try and block out these reports about his team’s culture. And with Burrow now sidelined for a long time and the losses (undoubtedly) ready to pile up even more, we probably haven’t even seen rock bottom for the Cincinnati Bengals quite yet. Sad.