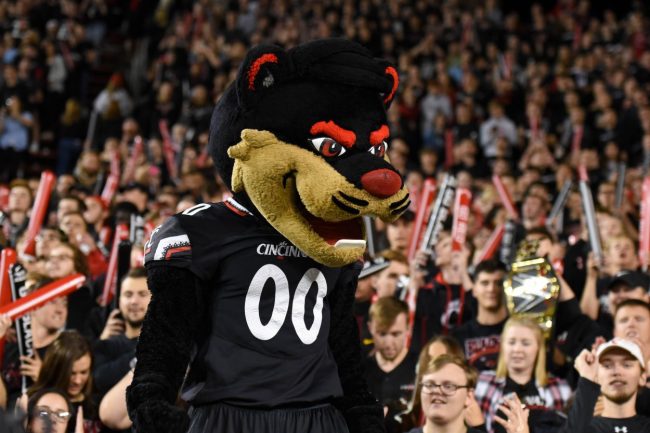 When Cincinnati squares off against Alabama in the College Football Playoff, its fans will be dressed for their own team’s funeral. The Bearcats have asked fans to wear black to the game, which does not fare well for them based on recent history.

To Cincinnati’s credit, Alabama is the home team in the Cotton Bowl semifinal. As such, the Crimson Tide chose to wear its crimson jerseys with white pants, causing the Bearcats to select a white jersey with black pants.

Having both fanbases wear red would be tricky. In turn, Cincinnati fans will be in black.

An underdog entering the game dressed in funeral colors is a bad omen. And history would agree. Alabama’s track record in “blackout” games does not fare well for Cincinnati.

Georgia was the last team to have its fans wear black against the Tide. In 2008, the Bulldog faithful sold-out Sanford Stadium and covered the stands in black.

Scott Cochran, Alabama’s former strength and conditioning coach, made the statement, “They are wearing black because they are going to a funeral.”

Sure enough, that’s exactly what happened. The Tide beat the Bulldogs 41-30.

However, the score does not tell the full story.

At halftime, Nick Saban’s team was ahead 30-0. Georgia salvaged a little bit of pride by scoring 20 points in the fourth quarter against the second-string defense.

After the game, the Associated Press ran the headline:

The first line of the story read:

The Alabama Crimson Tide turned a blackout into a knockout.

It was ugly, and Cincinnati is headed for a similar fate. Bearcats fans have already cursed their team ahead of the CFP semifinal matchup, and now the school is choosing to prepare its fanbase for a funeral.