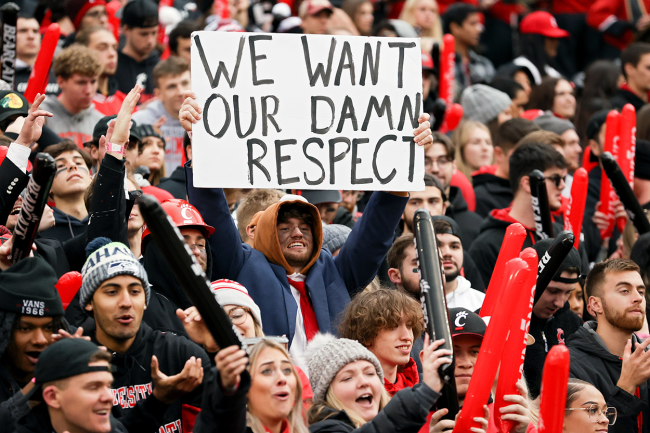 The University of Cincinnati claims that it wants Alabama. However, history would say otherwise and now the Bearcats are cursed.

Alabama and Cincinnati have played one another on five occasions dating back to 1908. The Crimson Tide have won all five games by a combined score of 156-27. Oof.

After the College Football Playoff committee made it official on Sunday, the Bearcats are being presented a chance for revenge. No. 1 Alabama will face No. 4 Cincinnati in the CFP Semifinal Cotton Bowl game on New Year’s Eve.

As a result of the fact that the two teams have not played since 1990, Cincy fans are unfamiliar with the modern day rules. The first rule of playing Alabama is to never disrespect the Tide. Nick Saban and his program feed off of hatred, negativity and disrespect— he calls it ‘Rat Poison.’

Thus, it is easier to accept that Alabama is a dominant program and give them their respect. For example:

Well, a Bearcats fan named Ryan Brady recently broke the golden rule. In turn, he has cursed Cincinnati’s chances of winning the game.

Nippert Stadium, where the 2021 ACC Champions play, is open to the public at all times. Fans can enter the stadium and the field at all hours of the day.

Brady did just that, but he took it one step too far. He proceeded to walk to midfield, place an Alabama t-shirt on the ground, and danced all over it.

Brady did not respect the Tide. He stomped all over them. In turn, it is a safe bet to place your mortgage on Alabama to cover.