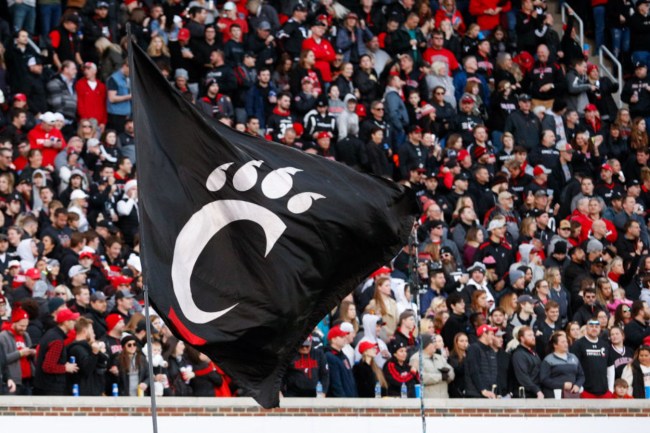 Cincinnati is understandably fired up to take on Alabama in the College Football Playoff. The Bearcats represent non-power five teams around the country as the first group of five team to ever make the CFB Playoff.

Most people believe that Cincy is in store for a beating against Alabama. The Crimson Tide is a 13 point favorite, has won six of the last 12 national championships, and has Nick Saban on the sideline coaching this year’s Heisman Trophy-winning quarterback.

Cincinnati defensive lineman Curtis Brooks is looking forward to the challenge and the let the whole world know it.

Brooks was asked about his team’s chances of taking down the Tide and explained that it’s simply “a dream come true” to play against Alabama and Saban.

“Oh, man, talk about a dream come true. As a kid, watching football, Alabama, Nick Saban, that’s who was on TV all the time. And now we get the opportunity to play them. Everything you ask for,” Brooks told the media.

You can’t fault Brooks and the Bearcats for being amped up to take on the dynasty that is Alabama for a chance to advance to the national title game.

Saying “it’s a dream come true,” however sound like famous last words coming from a player on a far less superior team on paper going up against the powerhouse that is Alabama.

Alabama has also made it clear that it isn’t overlooking this Cincinnati team.

Earlier this week, Alabama linebacker Will Anderson told the media that the Tide feels like it’s the underdog heading into this matchup.

If Alabama is buying into being the underdog here, Brooks and the Bearcats won’t be living a dream, it’ll quickly turn into a nightmare.