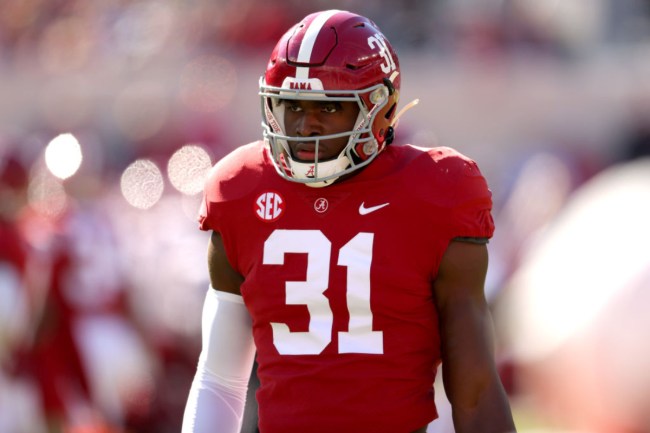 Alabama being considered an underdog, whether that’s in the eye of the public or in the eyes of sportsbooks, is an extremely rare occasion. Most sportsbooks have the Tide as 13 point favorites heading into the matchup against the Bearcats, and even that number seems low to a lot of folks out there.

That’s what makes Will Anderson’s recent comments about Alabama’s game against Cincinnati that much more interesting.

“I feel like we’re the underdog in this game. All year, we’ve been disrespected, Anderson told the media on Monday. “We love it. It just fuels us up even more. We know what type of team we have.”

Again, everyone with eyes and a brain has Alabama as the heavy favorite over Cincinnati. The fact that Anderson is carrying the mindset that the Tide is the underdog is scary if you’re a Bearcats fan.

Anderson’s comments also show that he and the rest of Alabama’s team are completely dialed into Nick Saban’s mindset of letting outside noise – or rat poison as he calls it – fuel and motivate his players.

Saban has somehow convinced Alabama that it’s a legitimate underdog against a far less superior team on paper. Saban’s teams typically perform pretty well in those spots where they feel like they’re not getting the respect they deserve.