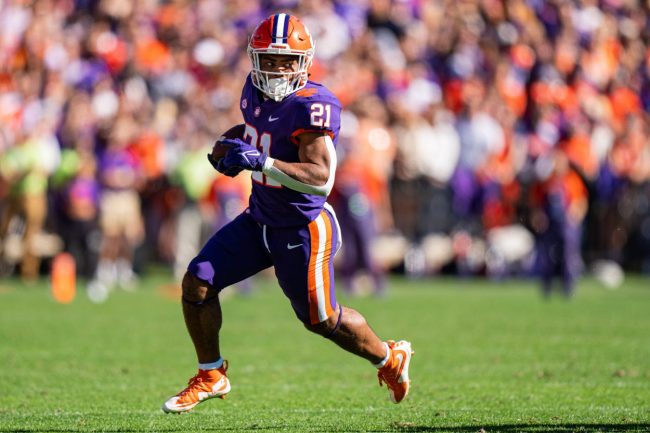 Ahead of the Cheez-It Bowl on Wednesday, Clemson football got all swagged out for Christmas.

Every year, college football teams are presented with various gift bags if they participate in a bowl game. Typically provided by the sponsors, they can include anything from a video game console, to a 3D-printed action figure, to headphones, to a gift card.

A full list of what each player gets at each bowl can be found here. In addition to what players get from the game itself, the school hooks them up with a whole new wardrobe for the trip.

This year, Clemson is not playing in the College Football Playoff. The Tigers, who have been in the playoff for the last five years, are headed to the Cheez-It Bowl against Iowa State.

When they arrived in Orlando, they showed up rocking a whole new wardrobe. Late last week, ahead of Christmas day, the team received its swag for the bowl.

Sixth-year running back Darien Rencher shared his haul for the game and it’s better than a lot of what Michigan and Cincinnati got for their Playoff appearances. Clemson is partnered with Nike, so all of the stuff that it got for the game has the swoosh.

Branded with either the Clemson and/or the Cheez-It Bowl logo, Rencher’s swag includes a a new backpack, two sets of grey sweatsuits, a new hoodie, a new dri-fit jacket and some Nike Air Maxes.