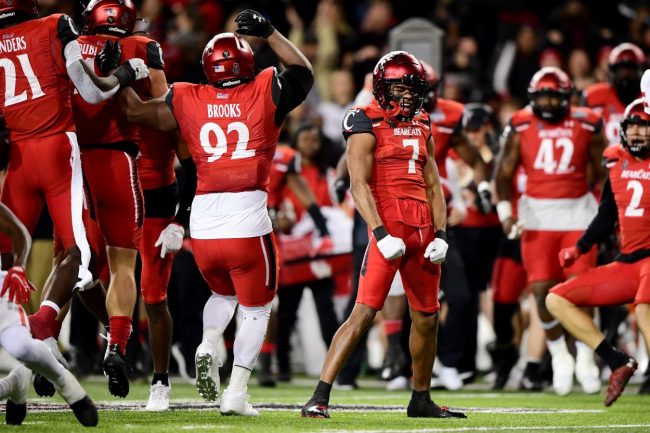 With the College Football Playoff around the corner, Cincinnati football is getting all geared up. Literally.

Each year, college football teams that participate in a bowl game are gifted with various swag bags. Gifts are typically provided by the sponsors. They include anything from watches, to a Playstation 5, to a massage gun.

A full list of what each player gets at each bowl can be found here, but the Cotton Bowl declines to make its gifts public. This year, the Bearcats are playing in the Cotton Bowl.

After a historic, undefeated season, Cincinnati became the first Group of Five program to ever make the playoff. Head coach Luke Fickell’s program has a daunting task ahead of it and will face off against No. 1 Alabama on New Year’s Eve. They have already been cursed by one of their fans.

Win or lose, to be playing in college football’s Final Four is an honor.

And it comes with gifts. A lot of gifts.

Bearcats cornerback Iesa Jarmon recently shared what he received for the game. Although it is unclear as to whether the gifts came from the team, the bowl game or the team’s official uniform partner, Under Armour, it’s a lot of swag.

Branded with both the Cincinnati and either College Football Playoff logo or Cotton Bowl logo, Jarmon’s haul includes about three pairs of shorts, three hoodie sweatshirts, four shirts (long and short sleeve), two backpacks, two sets of sneakers, a hat, and a pair of headphones.

Check out Jarmon’s full swag collection on his TikTok:

If that is only the stuff that Cincinnati is getting before the game, then there is still a lot more to come. Likely, what Jarmon shared with the world is what Under Armour and the Bearcats program gave him and his teammates to wear while they are Dallas/Fort Worth for the game.

There is surely more where that came from if they pull of an upset of the Crimson Tide and reach the National Championship.