Several Browns Players Are Hinting That The Team Is On The Verge Of Making A Blockbuster Move As Odell Beckham Jr. Trade Rumors Heat Up On Twitter 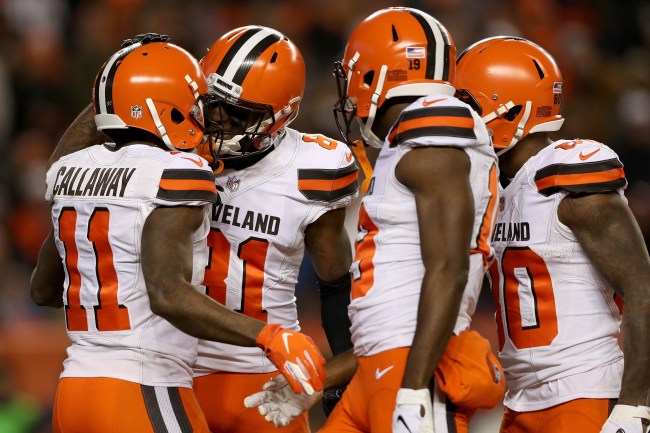 Are the Cleveland Browns on the verge of making a big move?

This afternoon several prominent Browns players posted these cryptic tweets hinting at a possible move by the team.

Make sure your mind right and Come To Cleveland.. #DawgsGottaEat

Browns fans are convinced that the team is trying to acquire Odell Beckham.

Browns fans trying to connect the dots on cryptic player tweets and getting @obj pic.twitter.com/5NUQZxPqHw

Anybody remember when @AdamtheBullFAN sent out a tweet to Odell, and a few minutes later Odell responded?

Then today rumors going crazy again about Odell and then he sends out this post.

Looks pretty close to me…

Odell Beckham, who has been the subject of trade rumors for the past week, added fuel to the fire and posted this tweet to mess with Browns fans.

Something is brewing in Cleveland, we’ll see if anything actually goes down.