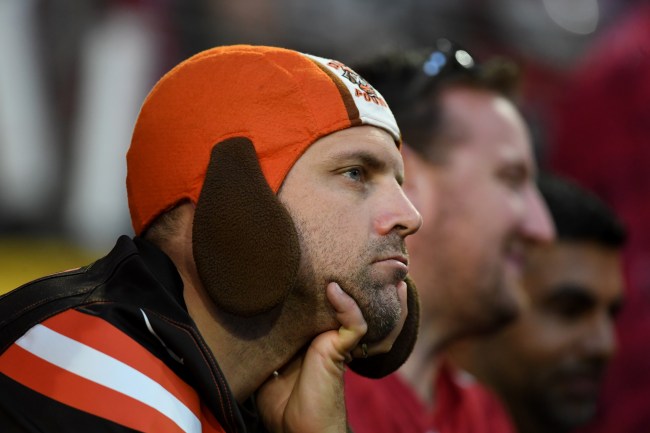 It’s no secret that the Cleveland Browns have been a pathetically run franchise for the past 20 years. As a diehard member of the Dawg Pound myself, I can recite all the times the team has let me down over those two decades since returning as an expansion franchise in 1999 — whether by blowing games, quitting on their head coach, or, most the popular, completely choking when it came to drafting the right player.

While the Browns have had a better string of good fortune over the past several drafts — choosing Myles Garrett No. 1 overall in 2017, (possibly) getting themselves a franchise quarterback in 2018 with Baker Mayfield, and filling in some holes on the roster with other selections, there’s one blaring question every Cleveland fan wants to know: Why in the hell didn’t they try to trade up to pick Patrick Mahomes, or select Deshaun Watson with their second first-round pick in the 2017 NFL Draft?

Remember, after the Cleveland Browns chose Garrett first overall in that draft, the team had the 12th overall pick, too — which they could’ve used to trade up for Mahomes (who went 10th overall), or choose Watson in that very slot. Instead, the team decided to trade down and acquire two additional first-round picks later in the draft, because, you know, their analytics said so. What a crock of shit.

There’s been a lot of speculation in the past about who did and didn’t want to pick either signal-caller, but the team’s ex-quarterbacks coach, David Lee, has recently come out and thrown one man under the bus as the reason it didn’t happen: Then general manager Sashi Brown.

In a piece from The Athletic, Lee said it was Sashi Brown who devalued Mahomes and Watson, and was the one who made the call to trade down instead of picking one of the future Pro Bowl passers. Take a look below.

Lee goes on the record to blame then-GM Sashi Brown as the reason why the Browns did not land either Patrick Mahomes or Deshaun Watson with their second first-round selection in that draft. After acknowledging that everyone was in lock-step on drafting Myles Garrett No. 1 overall, Lee has this to say about the QB decision in that vaunted 2017 draft.

“Hue and I were in total agreement,” Lee said. “We loved Patrick Mahomes and Deshaun Watson, and we would have been thrilled to death with either.”

Why didn’t the Browns pull the trigger?

“Sashi wanted (Mitchell) Trubisky and to accumulate picks rather than see the player that was right in front of him. When we made that trade with Houston for the 12th pick,” Lee sighed, “I just said, ‘Where am I?’ ”

Talk of Brown preferring Trubisky to Mahomes and Watson dates back to that draft. Lee’s on-the-record citation is the first confirmation from someone inside the organization of that assertion.

So, wait a minute here. Not only did Sashi Brown not choose Patrick Mahomes or Deshaun Watson in 2017 when he had the chance, but he was allegedly eyeing Mitchell Trubisky instead; but couldn’t select him because the now Chicago Bears quarterback went second overall? Talk about a clusterfuck. It’s no wonder Sashi Brown is no longer employed by the Cleveland Browns.

Who knows if Lee’s blame is accurate or not. But, if it is — and Brown did have the GM title, so one would imagine he was the one calling the shots — it’s hard not to wonder what the state of the Browns’ franchise would look like right now had Mahomes or Watson been selected. Literally, as a Cleveland fan, I’m disgusted even thinking about it.