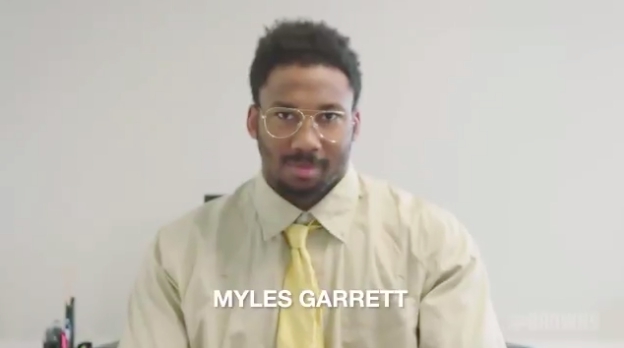 Football isn’t just about winning games, it’s about having fun and getting better. I don’t believe that shit, but that’s what my mom would always tell me after a loss. And if you’re a member of the Cleveland Browns, you have to believe that or you’ll drown in your own tears. The Browns are coming off winless season and in the past two seasons have posted just a 1-31 record.

With the addition of Tyrod Taylor and dare I say Baker Mayfield this year, the Cleveland Browns are destined to improve, and they gotta be feeling pretty good about it.

Of course, there were some butthurt Steelers fans unable to grasp the humor in Myles Garrett shredding a photo of Big Ben.

You done pissed off your daddy pic.twitter.com/yAZUSdgNY3

Jesus bro. Just let the Browns have this.

Some other poignant reactions:

The @Browns should be ashamed of themselves. It’s no wonder you haven’t won a damn thing in 100 years when you spend time goofing off with a camera instead of practicing. The youth football team I coach “reenacts” one thing – The Red Wedding scene – and we do that every game.

Missed opportunity. No @bakermayfield as the intern!

The Browns will also be featured in this season of Hard Knocks, which will debut on August 7. Yesterday, HBO released the newest fan trailer for the season. Watch it below.