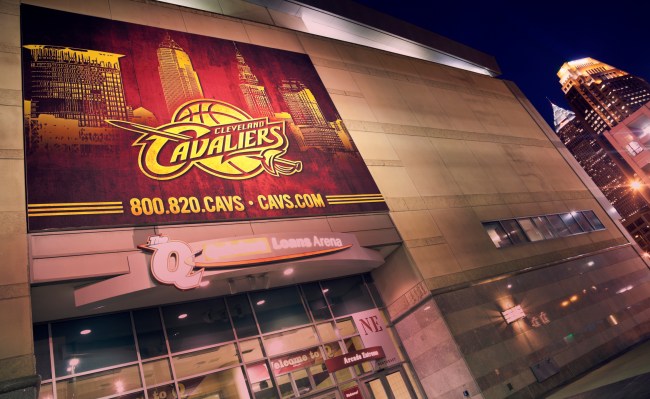 The post-LeBron James era in Cleveland is off and running. The Cleveland Cavaliers are winless so far on the season (0-5) and they are the only team in the Eastern Conference who haven’t won a game yet. Things are not good in the ‘land to say the least.

Out in the City of Angels, LeBron James and the Lakers are 2-3 with a 2-game win streak after a rough 3-game losing start to the season. Ticket prices have SOARED in L.A. and are more expensive than tickets to see Golden State.

LeBron’s great for business in Los Angeles at the moment. Cleveland? Not so much. For Wednesday’s Cavs game there were tickets selling for just TWO DOLLARS an hour and a half before tipoff. That’s the cost of four sleeves of sunflower seeds for anyone keeping track at home. The news of these $2 tickets didn’t go unnoticed by NBA fans and everyone took to Twitter to provide their hot take.

Yes, it’s one man who has caused this swing. But the Cavs could’ve attempted to make offseason moves to try and make their team watchable. Or they could’ve held out on restructuring their entire organization over the years to fit LeBron’s liking and they wouldn’t find themselves in this position right now.

A quick perusal of the Cavs and Lakers’ Instagram pages gives you a pretty clear indication as to the state of each organization at the moment. One is the most talked about team in the NBA and the other is stoked about Channing Frye.

Yahoo! Sports found that tickets to Cavs games are cheap as all hell going forward with tickets to the next game going for around $7. Meanwhile, Lakers tickets are up 20% from last season.