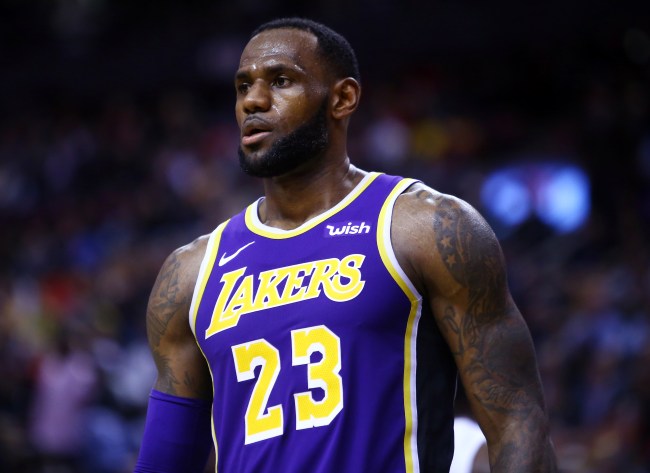 All season long LeBron James and Rajon Rondo have made it a habit to sit at the end of the bench away from the team which has led to several former players/coaches to call out the Lakers leadership.

Among everything wild and crazy in the NBA last night; Rajon Rondo sitting in the crowd while LeBron James has THREE EMPTY SEATS next to him on the Lakers bench is the #NBATwitter moment of the night.
I just love everything about this photo! pic.twitter.com/8ocyQdUIrf

And Rondo from a few weeks ago.

Rondo was infamously called out by ESPN broadcaster Mark Jackson in this clip that went viral on Twitter.

Knicks legend Clyde Frazier ripped him for “not being a part of the team” and “not caring”.

Clyde Frazier criticizes LeBron for not being “part of the team” and says “he doesn’t really care” 😳 pic.twitter.com/cHGumjnI8L

This type of behavior is not…When you’re the face of the NBA I think you should be more a part of the team no matter what is going on. In the public you gotta be a part of your team. In the locker room you’re not but you have to exude that type of togetherness in public.