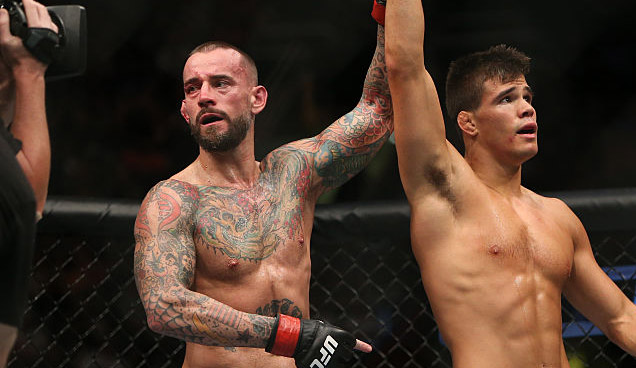 The first and last time we saw CM Punk fight for the UFC was clear back in September of 2016 at UFC 203 and it ended in a pretty embarrassing loss to Mickey Gall. But the former WWE champion apparently hasn’t given up and says he’s getting back into the octagon at UFC 225 in Chicago in June.

I guess Punk didn’t take Joe Rogan’s words to heart when Rogan called him “delusional” for pursuing another UFC fight. Or when Dana White said he probably shouldn’t have his second MMA fight in the UFC. Then again, in January of this year White appeared to change his tune when he said he was willing to give Punk, real name Phil Brooks, “another shot” in the octagon, saying, “I like that guy. He’s a good dude. He wants to give it another shot. I’m going to give it to him.”

Now it looks as if that other shot in the UFC will take place in Punk’s hometown of Chicago on June 9th at UFC 225. At least if you believe what Punk tweeted on Monday and was supposedly confirmed by TMZ.

Punk revealed his intentions while responding to a Twitter troll, always a good idea for someone famous, who asked, “When are we gonna see you cry again in the octagon?”

So when are we gonna see you cry again in the Octagon? 😂 @CMPunk

June nine, after I win and lock eyes with my beautiful wife, embrace my coaches and shout out my entire team https://t.co/TmzRWR2kbn

“June nine, after I win and lock eyes with my beautiful wife, embrace my coaches and shout out my entire team,” wrote Punk, who, as always, displayed no lack of confidence.

As for why White had a change of heart when it comes to giving Punk another shot in the UFC? (Money.) White told The Associated Press, “He’s a completely different case than most normal human beings. So, I’m going to give him another shot.” (And money.)