Looks Like We Might Get To See CM Punk Back In The UFC Before The End Of 2017 So, Yay? 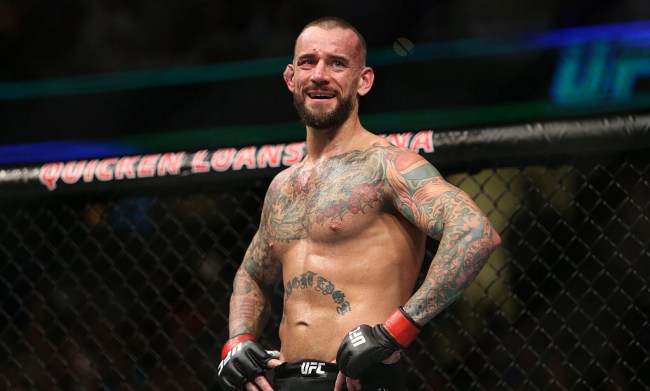 Joe Rogan called CM Punk delusional for pursuing another UFC fight after his debut debacle against Mickey Gall. UFC President Dana White said CM Punk’s next MMA fight probably shouldn’t be in the UFC, saying it’s a “tough place to learn.” So CM Punk is done in the UFC, right? Maybe, maybe not.

It’s been 11 months since Punk made his MMA debut, poorly, and he’s still been training this whole time, so he obviously hasn’t completely given up. In fact, he is still working with his trainer Duke Roufus at Roufusport in Milwaukee – home of UFC Welterweight Champion Tyron Woodley.

And according to a recent Instagram post by Roufus, CM Punk is planning to fight again sometime in 2017.

As you can see, no opponent was listed for Punk…yet, but at the top of the page it says “UFC & Bellator 2017 Records.” So does that mean Punk is going to be back in the UFC in 2017? Or perhaps taking a fight in Bellator?

Considering the fact that MMA has turned into a bit of circus this year what with Conor McGregor boxing Floyd Mayweather and Jon Jones wanting to fight Brock Lesnar (for no reason other than money), you can never say never, right?