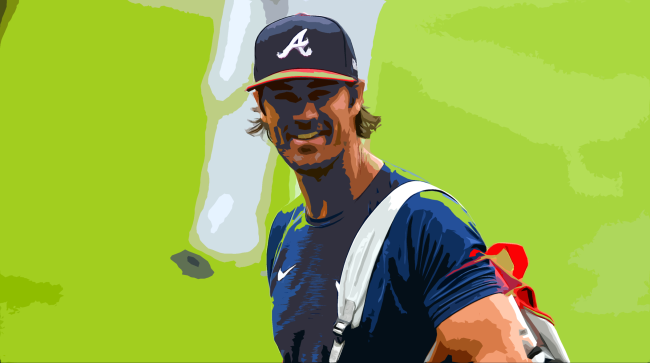 37-year-old pitcher Cole Hamels was placed on the 60-day injured list on Monday by the Los Angeles Dodgers. Hamels, recovering from triceps and shoulder problems, was supposed to throw a two inning simulated game, but only made it one inning before being shut down with arm pain.

This now makes it two years in a row that the 2008 World Series MVP has seen his season come to an end before it even really got started.

In 2020, Hamels signed a one year, $18 million contract with Atlanta. He suffered from left shoulder tendinitis during Summer Camp, then ended up pitching only 3-1/3 innings for the Braves, allowing three earned runs, before leaving the game in his only start, never to return. He was paid a prorated amount of $6,666,667 due to the pandemic shortening the season.

This year, after holding a showcase in July for teams to see that he was healthy again, the Los Angeles Dodgers, looking to replace missing pitcher Trevor Bauer, signed Hamel to a contract paying him $1 million guaranteed, plus $200,000 per start.

Cole Hamels had arm pain again and is done for the year while the #Dodgers are on the hook for $1 million.

Related: Trevor Bauer Accuser Testifies In Court, Says He Treated Her ‘Like A Rag Doll’

Let’s do some math on this…

Breaking it down even further, Hamels will have earned $147,435.90 per pitch thrown in a game over the past two years.

Baseball fans, as usual, reacted with sympathy and best wishes for the one-time great pitcher whose career may now be over.

Just kidding, they made tons of jokes at his expense.

Cole Hamels with the Dodgers… pic.twitter.com/FfCkf3kPSR

Cole Hamels is just Oceans 11-ing his way around the league, stealing from teams one at a time.

Cole Hamels after getting a million bucks from the dodgers & not throwing a pitch be like pic.twitter.com/rWnaMMTMWU

cole hamels highlight reel to honor his time with the dodgers 💯🔥 pic.twitter.com/Xoj3FAdWsF