Trevor Bauer Accuser Testifies In Court, Says He Treated Her ‘Like A Rag Doll’ 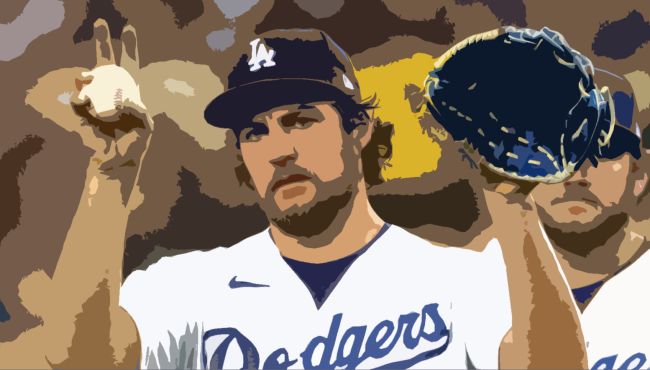 Los Angeles Dodgers pitcher Trevor Bauer, who stands accused of sexual assault, is currently on paid administrative leave. After signing a three-year, $102 million deal with L.A. in the offseason, Bauer hasn’t been with the team since July 2.

On Monday, his accuser, the first of two to recently make claims of sexual assault against him, took the stand in court and gave testimony describing what she says happened during two encounters with Bauer in April and May of 2020.

The 27-year-old woman testified for about four hours in L.A. County Superior Court on Monday while Bauer sat silently in his seat, keeping his attention focused on the judge in front of him. His attorneys have said the two sexual encounters between the woman and Bauer were “wholly consensual” and have promised to refute her claims “to the fullest extent of the law.”

The woman, who is not being identified by ESPN, was still answering questions from one of her attorneys when court ended near 4:30 p.m. PT. She will resume her testimony when the two sides reconvene at 8:30 a.m. PT on Tuesday. Bauer’s attorneys, who began the day by seeking a third continuance, will then be given the opportunity to cross-examine. The hearing is scheduled until Thursday.

Related: ‘Majority’ Of Dodgers Players Reportedly Do Not Want Trevor Bauer To Return To Team

During her testimony on Monday, Bauer’s accuser said she was unable to move or speak after Bauer choked her unconscious during their second encounter on May 16. She demonstrated for the court how she says Bauer used her own hair, wrapping it around her throat until she became unconscious.

She also discussed previous claims that Bauer punched her in the jaw, vagina and buttocks.

She later added, “He was treating me like I wasn’t a human being.”

The woman said she was also choked unconscious during her second encounter with Bauer. ESPN reports that she only went back to Bauer a second time because “she was inexperienced with rough sex, alleging that she had never been choked unconscious and that she partly followed along in an attempt to satisfy Bauer’s wishes.”

She is seeking to obtain a permanent restraining order against Bauer. The pitcher’s attorney Shawn Holley is fighting the order, claiming that the encounters didn’t qualify as domestic violence or an intimate relationship because the “only acts of violence occurred during [consensual] sex.”

Bauer’s accuser also said that before their second encounter Bauer admitted to her that, despite his public stance against it, he uses the substance Spider Tack when he pitches.

The 30-year-old Dodgers pitcher, who last week was accused of a similar assault in 2017 by a woman in Ohio, is expected to take the witness stand at some point later this week.

Bauer has denied those accusations as well.

While I have allowed my representatives to speak on my behalf over the last six weeks, I can no longer be silent. I will speak very candidly about the current petition when appropriate, but need to address the allegations made today in The Washington Post. pic.twitter.com/VhDNQyM1cb