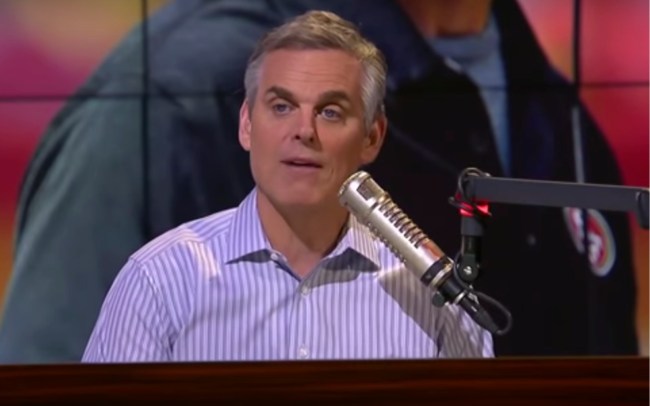 Colin Cowherd has always seemed to stand up for Dak Prescott when the going gets tough, he thinks he’s an easy player to root for, but even he thinks the Cowboys may need to make a move at quarterback if a certain opportunity presents itself.

Things aren’t going to get better in Dallas this season with Prescott out for the year on top of other key injuries of players on the roster, therefore the Cowboys could find themselves with a very early pick in the 2021 NFL Draft. During a segment on Wednesday’s edition of ‘The Herd’, Cowherd explained how the Cowboys could have a Top 3 pick in the NFL Draft, and if Justin Fields is available, they should draft him to replace Prescott.

[Fields] would be the No. 1 pick in any other draft that didn’t have Trevor Lawrence or Andrew Luck in it,” Cowherd explained. “He is an A to an A+ prospect from a traditional power, who is better this year than last, and last year he looked great.”

"Are we sure they would pass on him? He would be the No.1 pick in any other draft." — @ColinCowherd pic.twitter.com/baoRVTCUCY

The Cowboys are going to find themselves in an extremely interesting spot at the end of the season when it comes to Prescott. While Jerry Jones and the entire organization continues to express that Prescott is their long-term quarterback in Dallas, the fact that they continue to not give him a long-term deal on top of the brutal injury he suffered earlier this season, the Cowboys have some tough decisions to make.

That decision could be made a lot easier if Dallas continues to spiral in the wrong direction and find themselves with a very real opportunity at drafting Fields out of Ohio State.