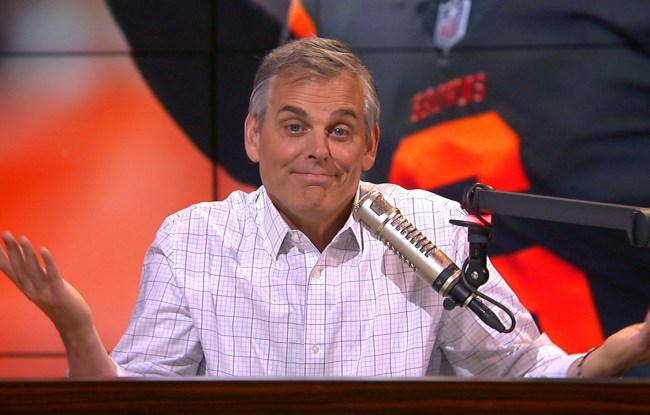 Opening day for the shortened 2020 Major League Baseball season was less than a week ago, but the league is already facing its first major crisis while playing during the pandemic as 11 Marlins players and coaches have reportedly tested positive.

As things seem to be unfolding at a rapid rate in the MLB, it put even more of an emphasis on the questions surrounding the upcoming NFL season and whether or not team sports can actually return safely without a ‘bubble’ in place.

Colin Cowherd elected to react to the question surrounding the NFL season and it’s clear he has an optimistic outlook when it comes to football being played this year. The Fox Sports host emphasized that the lack of travel for NFL teams will play a huge role as will the fact that some states are becoming more restrictive when it comes to public health recommendations and regulations.

You, me, Cowherd, and everyone else don’t really know what the 2020 NFL season will look like. When it comes down to it, the only thing we actually know about the season is that preseason games won’t be played, that’s about it.

You can’t fault Cowherd and his optimistic outlook on the season just like you can’t fault the ‘doomsday media’ for painting a negative narrative about the season because we really don’t know all that much at this point.