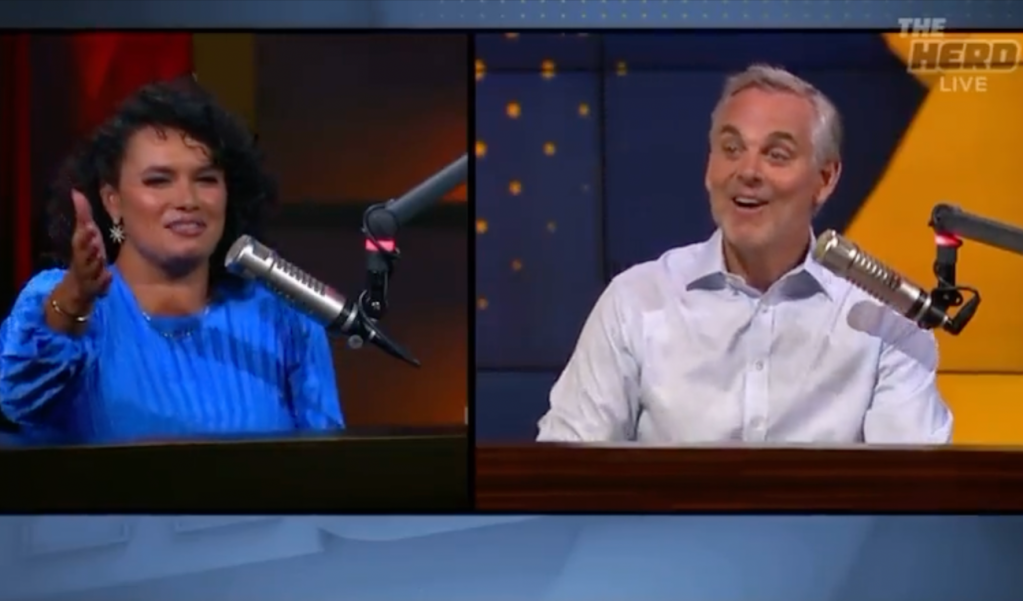 Since the recent rumors about Zach Wilson allegedly sleeping with his mom’s best friend dropped the NFL world has been in PEAK FORM with memes and jokes. Truly, I haven’t seen this many memes about a single (alleged) off-field NFL incident maybe ever.

Every single time I pop open Twitter I see a new Zach Wilson meme and it’s honestly made Twitter more enjoyable in the past week than any time in the past few years. People are back to s–tposting again, clowning around, and having fun instead of arguing about nothing and everything.

I’ve now witnessed a similar series of reactions from lots of folks upon learning about the Zach Wilson rumors. The first reaction is astonishment, followed by laughing at ‘he got that dawg in him memes’ for hours, followed by a need to figure out who the alleged ‘best friend’ was or wasn’t.

Colin Cowherd sums up that universal reaction pretty well here and discusses how he was completely consumed for a period of time with needing to know. That is until he gave up and went back to living his life.

Colin:”For about 15 minutes last night the only thing I cared about was what did Zach Wilson mom best friend looked like”

Joy:”I’m sure internet sleuth will find it”

I’d be lying if I said I didn’t do a deep dive into trying to figure out these Zach Wilson rumors. I gave up pretty quickly because it didn’t seem like there was anything substantive out there because these are, after all, nothing more than rumors at the time.

It does seem like these memes and jokes are going to continue until something comes along to shift the narrative. Zach Wilson’s mom, Lisa Wilson, doesn’t understand why everyone’s so interested in these rumors. Really? What’s there to not get about this? It’s natural curiosity from his NFL fans.