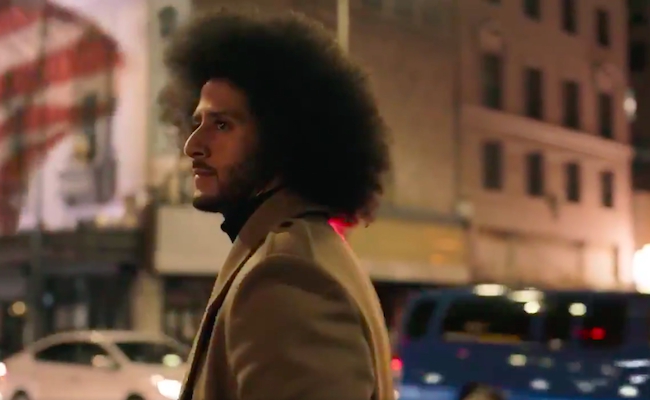 Colin Kaepernick hasn’t taken a single snap in the NFL since he opted out of his contract with the 49ers following the conclusion of a 2016 season filled with controversy after he became the first of many players to take a knee during the national anthem in protest of police brutality and racial oppression.

There’s no arguing the quarterback struggled during his last couple of years in San Francisco, so while you could make the case Kaepernick no longer has the talent to make it in a league where Geno Smith still has a job, you have to be kind of naive to think politics aren’t part of the reason he remains a free agent.

Kaepernick might not be able to land an NFL contract, but on Monday, he revealed he’d signed what is reportedly a multimillion-dollar deal with Nike to be the face of a new ad campaign heading into the 2018 season.

A lot of Kaepernick’s critics responded calmly and rationally to the news, and by that I mean they started cutting the Nike logo off of their clothes and lighting pairs of shoes on fire.

The original ad has already been memed to death but it was only the beginning of a campaign that’s seemingly designed to piss off his detractors.

On Wednesday, Kaepernick dropped a goosebump-inducing ad for Nike that I’m sure will still inspire his haters to burn clothes they’ve already paid for in protest for some reason.

Without getting too political, it’s safe to say there are a few aspects of the commercial that probably won’t win him any points with many of his detractors.

Kaepernick might not be able to land a job in the league but I have the feeling he’ll be at the center of one of the main storylines this season.