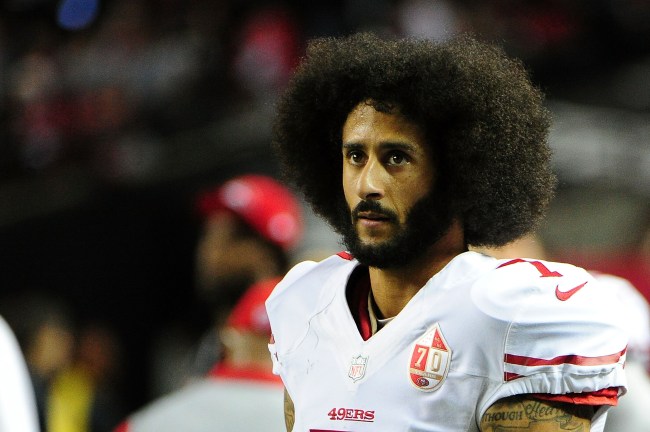 Jay-Z continues to face backlash over his deal with the NFL.

Today, the NFL announced that through its partnership with Roc Nation they were set to implement a concert series and clothing line that would benefit social justice initiates.

And there it is….Jay Z at work:
NFL to Launch Inspire Change Apparel and Songs of the Season Through Its Social Justice Platform Inspire Change

The announcement was quickly panned after many felt that Jay and the NFL were profiting from social justice activism after blackballing Colin Kaepernick.

The “Inspire Change” tagline is telling. Jay-Z and the @NFL—with all of its power and billions of dollars—don’t seem to want to actually create any social change themselves. They just want to take the cause Kaepernick and others kneeled to illuminate, ban him, and profit. https://t.co/KRUDpPKbYe

The NFL and Jay Z announced this morning that capitalism will take us from Protest To Progress ™️ pic.twitter.com/8qhzNWQSPy

Jay-Z and the NFL want you to know that you can take your concern over the killing of unarmed Black Men, fold it up and tuck it away quietly with your guilt like a Meghan Trainor tee shirt.🤨

Those of us who criticized the Jay-Z and NFL partnership predicted this. Honestly, this is disgraceful.

And if you think profits won’t go in the pockets of Jay Z and the NFL you’re a fool.

How do you with a straight face ban Kaepernick then make money off of him? https://t.co/XBHBIC7TsM

Eric Reid, who has been a vocal critical of the NFL and also participated in kneeling with Colin Kaepernick, chimed in.

“Let’s diffuse the uprising of Black voices demanding justice with concerts to “inspire change” that have nothing at all to do with real “action”. It’s cool because our token black guy set up the concert”

“What [they] seek is not an end to oppression, but the transfer of the oppressive apparatus into their own hands. “