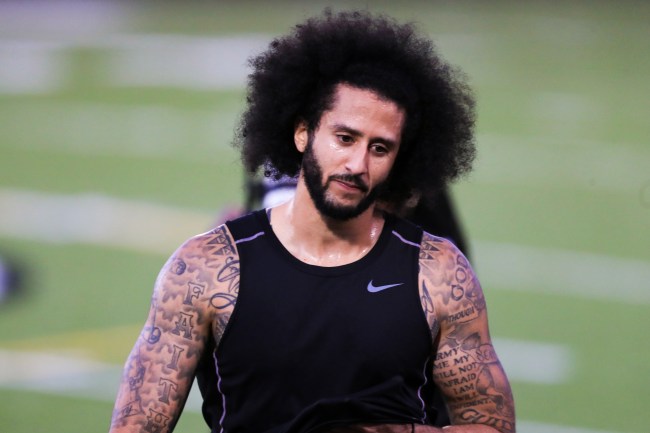 Colin Kaepernick’s workout was on Saturday but it doesn’t seem like he’s going to get signed anytime soon.

On Saturday afternoon, Kaepernick was involved in a dispute with the NFL over the workout because he wanted the media present and didn’t want to sign an “unusual” liability waiver.

Kaepernick eventually held the workout in front of eight teams and several members of the media at a local Atlanta high school. During his workout, Kaepernick was able to show off his arm strength by firing off several deep throws.

Kaepernick impressed one NFL team exec who said his arm talent was “elite”. Other pro scouts were less flattering in their praise for Kaepernick but agreed that he was good enough to be on a roster.

Unfortunately for Kaepernick, teams have not reached out to his agent after the workout according to a report from Pro Football Talk’s Mike Florio.

Florio with an update on Kaepernick: "I'm told that the net result largely is nothing has changed. His agent hasn't heard from any teams about a private workout or possible contract offers" pic.twitter.com/Qpun20YJjM

We’ll have to wait and see if any team decides to eventually give Kaepernick a call but it as of now it doesn’t appear that’s going to happen.