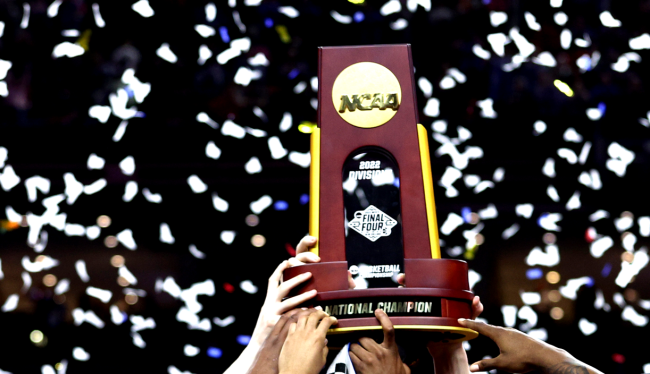 A report published on Thursday that would have a huge effect on the NCAA men’s basketball tournament has made many college basketball fans furious.

CBS Sports college basketball reporter Jon Rothstein tweeted that sources have told him “the Division 1 Transformation Committee has had dialogue to expand the NCAA Tournament in all sports to include 25% of the programs who are eligible.”

Should this new measure be implemented it would mean the addition of a minimum of 23 more teams playing during March Madness.

This latest report follows up on previous news that Division I Transformation Committee co-chairs Julie Cromer (Ohio athletic director) and Greg Sankey (SEC commissioner) are making such a suggestion in order to help out other sports such as baseball, lacrosse and soccer.

“Sankey was frustrated with how baseball went this past year,” another source told CBS Sports. Only two Big Ten teams made the tournament in 2022, while nine SEC teams did (with two other participants, Oklahoma and Texas, set to join the conference shortly).

There are currently 305 schools that have Division I baseball teams, meaning that sport’s number of tournament participants would be bumped up to around 76 teams.

There’s no easy bracket for a 76-team field. Eighty teams are necessary to create 16 five-team regionals, which themselves are unwieldy. So, any expansion under the reported proposal would require a play-in round, like the basketball tournaments employ.

Mathematically, the easiest way would be for 12 play-in games, some of which would likely involve the worst automatic bids and some involve the last teams in the field as at-large teams, as is the case in basketball. For hoops, those games are all played at one site over two days. The baseball tournament format doesn’t allow for that kind of arrangement, however. To allow for bad weather contingencies and still get every regional to start on Friday, those games would all have to be played on Wednesday, likely at the site of the regional the game would feed into.

What would the number of teams have to be in college basketball in order for it to work mathematically with expansion of the field?

“The NCAA basketball tournament is absolutely critical to college athletics,” another league commissioner told CBS Sports.” “It’s one of the most unique sporting events in the world. Its value to the enterprise of college athletics is critical. The structure we have right now, it works, it’s a winner, people love it and I would hope we would not overly tinker.”

“Greed for TV money is a bigger threat to college sports than NIL,” another fan tweeted.

“Have you ever thought after any Selection Sunday, ‘boy, there should be another 20 teams in this field.’?” tweeted another fan.

Put it back to 64 teams. You’re the 65th team? Try harder next year.
It was perfect at 64. Then it was 65, then 66, now it’s 68 with the “First Four” that does nothing but screw automatic bid teams out of playing in the real tournament so the 9th place SEC team can get in.