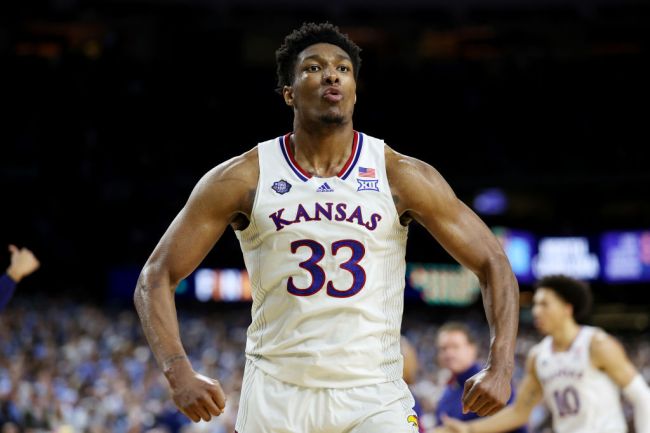 North Carolina and Kansas are 2 of the most storied programs in the history of college basketball. Tonight they put on a show deserving of that severance.

Much like their game against Villanova, Kansas came out firing, jumping out to a 7-0 lead. The rest of the half looked nothing like that game. UNC stormed right back, scoring 12 of the next 16 points to take their first lead of the game.

The teams would battle back and forth for a bit from there before the game took a huge turn. North Carolina went on a 16-0 run to take a 38-22 lead with 2:23 left in the half. They went into the half with a 15 point lead and with Armando Bacot having already made history with his 6th consecutive double-double.

Kansas wouldn’t stay down for long. They opened the second half on a 20-6 run to get back within a point early in the half. Their lead would get as big as 6 with 10 minutes left in the half, but it wouldn’t last long. A Puff Johnson 3 had the game tied again just 2 minutes later.

From there, the teams once again engaged in a back and forth battle right until UNC took a 1 point lead with 1:41 left in the game. Kansas answered right back with a David McCormack bucket 20 seconds later to take a lead of their own.

The next position ended with Armando Bacot on the ground after turning the ball over and seemingly suffering another ankle injury. McCormack then scored another bucket to extend the lead to 3 with 22 seconds left.

With a chance to either go to the basket to try and cut the lead and make Kansas shoot free throws or immediately go for the tie, UNC opted for the latter option. Caleb Love bombed one from deep that missed, but RJ Davis chased down the rebound. Then Puff Johnson missed a three with the rebound ending up in the hands of Brady Manek.

Love got one last chance to try and tie it, but couldn’t find one last moment of magic.

Kansas held on to win a wild championship game 72-69 and secure the biggest comeback win in a final in NCAA Tournament history.

THE KANSAS JAYHAWKS ARE NATIONAL CHAMPIONS🏆

WHAT. A. GAME. #NATIONALCHAMPIONSHIP pic.twitter.com/WCgMoBta6Q