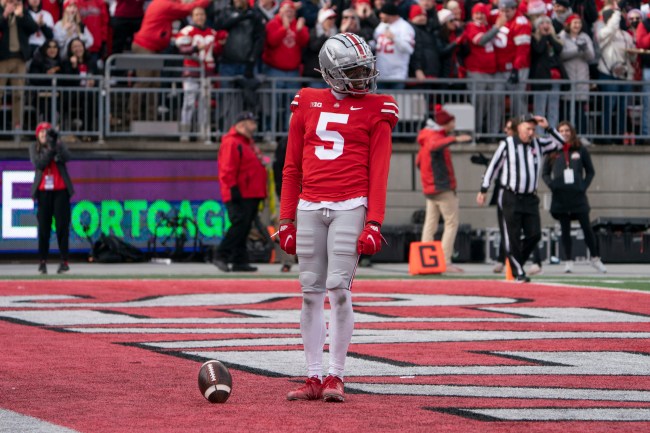 Well that didn’t take long. It was just reported on Wednesday that Michigan State had offered Mel Tucker a 10 year, $95 million contract extension. Now, that’s not looking so great after less than a half of football against Ohio State and fans are letting them hear about it.

The contract offer was already raising some eyebrows when it was reported as Tucker had spent less than 2 years as the Michigan State head coach and even his 9-1 run this season didn’t feature many impressive wins. Now, that contract is really coming into question as Michigan State has surrendered 42 points in the first 23 minutes to Ohio State as the Spartans watch their playoff hopes crumble.

Obviously, the fans were going to have a good time with this major reversal of fortunes.

Hope Mel Tucker signed that deal before the kick.

Juwan Howard Mel Tucker
🤝
Humiliating Ls after getting an extension

That Mel Tucker ink dry yet?

This is a great time for a victory lap from anybody who questioned the contract as Michigan State gets embarrassed in front of a national audience. Anybody who supported this extension and the entire Michigan State program had to be worried about this outcome and now their worst fears have come to life.

Let’s just hope Mel Tucker already signed that contract or this could be one of the most expensive losses we’ve ever seen in the world of sports.