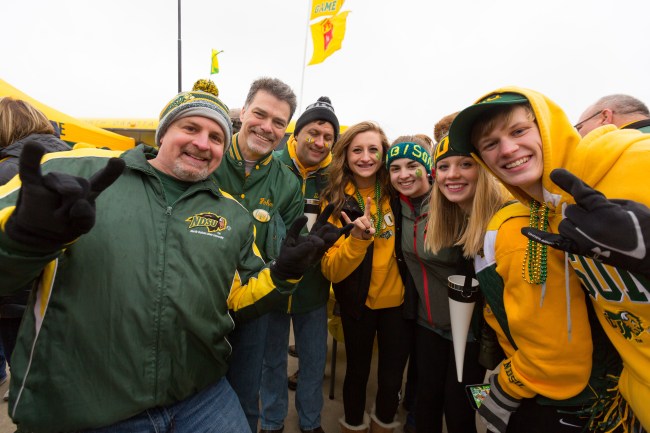 The college football season is loaded with some of the best rivalries in all of sports. Ohio State-Michigan. Alabama-Auburn. Notre Dame-USC. While these are a few that first come to mind, one that can’t be overlooked is the annual contest between North Dakota State and South Dakota State, which pits two top FCS programs against one another this weekend in a must-see game.

Known as the Dakota Marker game, if you’re a diehard college football fan, then you need to peep these two smaller schools fight for the right to rep the best Dakota. And the only place to do so is on ESPN+, which is the home for top college football games all season long. And with the sports streaming service only $4.99/month (or $49.99/year), you’ll never miss any of the hard-hitting action this season.

Back to that whole North Dakota State-South Dakota State game for a minute, though, because it’s a contest that should absolutely capture your attention. Not only does it feature a Bisons team currently ranked No. 1 in the FCS, but their rival Jackrabbits are currently No. 3 in the polls, meaning this is like the equivalent of a College Football Playoff game in October.

Adding more drama to the already intense game is this little tidbit: That ESPN’s College Gameday will be on campus before kick-off, doing its usual coverage and analysis throughout the morning. Let’s face it, if College Gameday’s coming to town, that usually means it’s pretty important — and the Dakota Marker game definitely qualifies as that.

While College Gameday will air on its usual ESPN platform, the actual North Dakota State-South Dakota State game will only be available on ESPN+, and this is the first time ever that Gameday will be hosted at a location for a game covered on the streaming service. Guys, this is college football history we’re talking about, so who wouldn’t want to take part in that?

And the fact that the sports streaming service is just $4.99/month (or $49.99/year) makes it a great addition for every diehard sports fan.

Whether it’s college football you’re looking for, or just a ton of top-notch sports content, ESPN+ is the destination for you.