18,000 Avalanche Fans Singing Blink 182’s ‘All The Small Things’ At The Stanley Cup Is Absolute Scenes 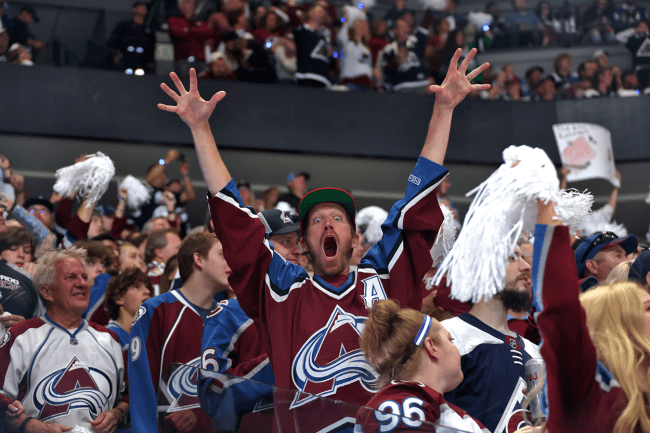 The Colorado Avalanche are simply unstoppable. After finishing the NHL regular season as the best team in hockey, it’s truly hard to imagine that they will not finish the year as Stanley Cup champions.

Although the Avs have to go on the road for Games 3 and 4, they bring a 2-0 lead to Tampa after a dominant 7-0 win over the Lightning in Game 2 on Saturday night. Colorado is on a tear and their fanbase is soaking it all up.

A sold-out crowd packed into Ball Arena for Game 2 in Denver and went absolutely berserk. When your team is winning by a touchdown in hockey, it’s rather easy to find the energy to back your team in full voice and that’s exactly what 18,000 Avalanche fans did on Saturday.

Craig Turney, who is better known as DJ Triple T, has been the team’s in-arena DJ since 2007.

In 2019, after hearing the song on the radio, he decided to play Blink 182’s ‘All The Small Things’ during the Avalanche game.

“They just loved it,” Turney said to NHL.com. “It was organic. It wasn’t staged. Everyone was into it and it was like, ‘Wow, OK I think we’re really on to something here.’”

The punk rock song has been a staple at Colorado hockey games ever since. When the song comes on, the entire arena sings along and goes absolutely bonkers.

Even once the song ends and the puck gets back to flying around the ice, the fans continue to sing along. That was the case during Game 1 of the Stanley Cup Final last week.

On Saturday, the blood was pumping and spirits were high amongst the fans after their team got out to such a dominant start. When ‘All The Small Things’ came on, it was absolute scenes.

Epic. It’s hard to imagine that the Avs don’t win the Stanley Cup, but if they don’t do so in a 4-0 sweep, the series will have to come back to Denver and we’ll get one final rendition en route to an NHL championship.