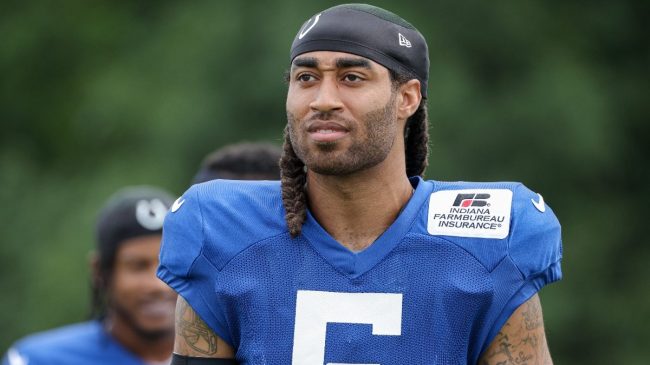 The Indianapolis Colts and Houston Texans game came down to the wire in Week 1. So much so that the two AFC South rivals resulted in a tie. The NFL has allowed ties forever and somehow some players aren’t aware of it. Stephon Gilmore is the latest to blow everyone’s minds.

According to Peter Schrager, Gilmore claims he “was ready to go to double overtime.” The Colts cornerback also states that he has “never been in a tie before.” Regardless, this basic rule should be common knowledge for every player in the league by now.

"I was ready to go to Double Overtime…I've never been in a tie before." — Colts CB Stephon Gilmore on @GMFB … Said he was suited up and ready to keep competing. Nope.

Did we not just experience a call to action for the NFL to change the overtime rules after the Kansas City Chiefs-Buffalo Bills playoff game? Also, Stephon Gilmore has been in the league since 2012. You’d think a veteran star like himself would surely understand the rules. Instead, the Colts cornerback claims he didn’t know the most basic and controversial rule in the NFL.

Gilmore’s statements have football fans flabbergasted. It feels like there is always at least one player who claims they didn’t know about the overtime rule when their team receives a tie. It’s gotten to the point where fans are now wondering if NFL players are trolling the NFL for its ridiculously stupid rule.

I think he knows tbh and it’s just a jab at the NFL for even allowing ties. some serious issues if he didn’t know the league he plays for is the only one with these OT rules tho

Has to be trolling

A lot of changes could be made to the overtime rules.

He knows the rules. Games tie every year. He has to be just making a point. The 10 minute overtime rule is awful. It needs to go back to 15 and allow OT until somebody wins.

We’ll see if the NFL ever makes changes to the overtime rules or not. The league seems content with how things are for now, even though many disagree with the format. At the very least, Stephon Gilmore is now well aware that ties are a thing, just in case the Colts find themselves in that situation again.