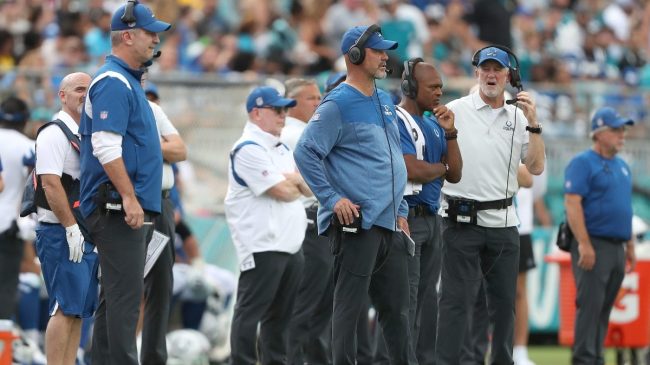 The Indianapolis Colts are set to face off against the Kansas City Chiefs. It’s been a rough start for Indy so far, so they’re hoping to bounce back in a big way on Sunday. However, defensive coordinator Gus Bradley had some comments about Patrick Mahomes and it has the Indy fanbase bugging out.

During an interview, a reporter pointed out that Mahomes typically excels against single-high coverage. Gus Bradley quickly rejects that statement, as the Colts DC claims he’s had great success using that defense against the Chiefs. However, according to Warren Sharp, it appears it’s been the exact opposite for Bradly through the years.

what in the world is Gus Bradley talking about "holding down" Mahomes in single-high last year?

vs his Raiders D when playing single-high last year, Mahomes:

What’s worrisome for the Colts though, is that it sounds like Gus Bradley is going to maintain his same approach against Mahomes as usual. Considering Indianapolis is 0-2 and facing a possible 0-3 start, the fanbase is questioning if Bradley is the right man for the job.

He is so defiant on running “his defense” against Mahomes. It has not gone well to this point.

Raider fans know the pain all too well.

We’ll see how Sunday’s matchup plays out. The Colts have been ice cold so far while the Chiefs have been red hot. With Gus Bradley seemingly in denial, we could be in for a massive performance from Patrick Mahomes.