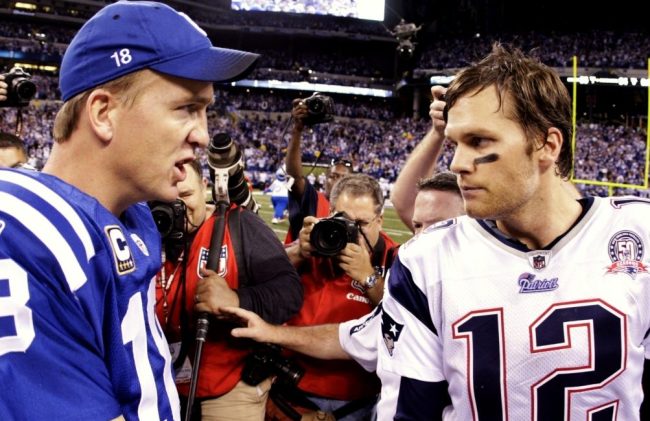 The NFL kicked off the preseason with the Hall of Fame Game on Thursday night and it has everyone remembering some of the best HOF speeches in history. Indianapolis Colts fans couldn’t help but remember the time Peyton Manning roasted Tom Brady while getting inducted into the Hall of Fame. It’s a hilarious moment that’s fun to re-live.

It was a solid speech throughout as Manning is one of the more entertaining figures in sports. He’s quick and witty and has proven to be hilarious on the mic. Nothing was different during his Hall of Fame speech at all as he took a jab at Tom Brady. Watch the video yourself below.

It only made sense for Peyton to take a jab at @TomBrady in his iconic HOF speech. 😂

Of course, Tom Brady got booed by Colts fans (and nearly everyone else) but they at least appreciated the jab Peyton Manning delivered. It was a great speech throughout, but fans couldn’t help but react to, what turned out to be, one of the best Hall of Fame speeches ever.

It wouldn’t have been a true Peyton Manning HOF enshrinement speech without a Tom Brady mention and a series of boos from Colts fans that followed. Hahaha. 😂🙌🏼💙

Couldn’t have asked for a better HoF speech by my guy Peyton Manning. Absolute class from start to finish.

He made us laugh, cry and boo Tom Brady all within 10 minutes. That’s how it’s done. pic.twitter.com/WhXsiKP0xX

These two NFL legends faced each other numerous times throughout their careers. However, Brady does hold an 11-6 record over Manning in their head-to-head matchups. Regardless, the two quarterbacks have seemed to gain respect for one another, as Brady will join Manning in the Hall of Fame one day.

As for Tom Brady, who really knows when he’s going to retire? He does have a commentating gig lined up once he does so. With that in mind, this genuinely could be Brady’s final year in the NFL. Hopefully, he prepares a solid speech as Peyton Manning’s was a tough act to follow.