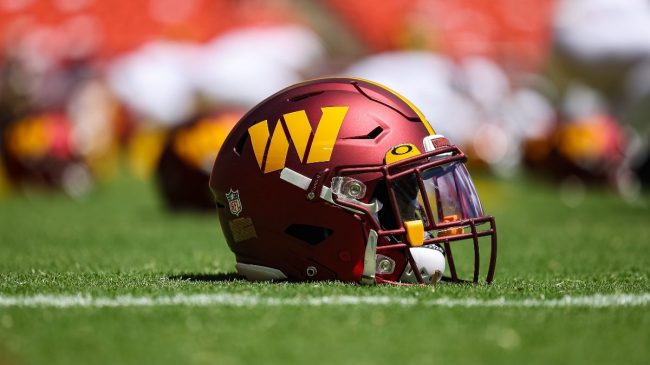 It’s been 15 years since Sean Taylor tragically died defending his family during a home robbery. Now, his younger brother, Gabriel Taylor is making waves as a safety at Rice University. For that reason, he’s set an emotional goal for his NFL dreams and the Washington Commanders.

Gabriel Taylor Wants To Wear Sean’s Number For The Commanders

According to Sports Illustrated, Gabriel has some big plans to play in the NFL. However, he has one goal in mind that contains strong emotional ties. That is, he wants to wear the number 21 for the Commanders.

Look close on Saturday, during @USC_FB vs. @RiceFootball, and you’ll see a little bit of Sean Taylor, who died 15 years ago.

If anyone is going to rep 21 for Washington it’s going to be a blood relative to Sean Taylor himself. He was one of the best safety’s in the league during his time and it’s awesome to see his younger brother crushing it at the collegiate level. Hopefully, Gabriel Taylor gets to see this goal through, as we’re sure it would mean everything to the Taylor family.

Someone hit up the Commanders so they can ensure drafting this kid. We need to see this happen.

Last year, Taylor earned a starting role at Rice University and balled out. He finished the season with 56 total tackles, two interceptions, one forced fumble, and a fumble recovery. That’s a pretty impressive statline for a redshirt freshman. Hopefully, the Commanders have this kid on their radar because we need to see this goal through.

Look for Gabriel Taylor to have another strong year for Rice. He still has a few years before considering the NFL. However, he seems to be in a great position to showcase his talents as a strong safety.