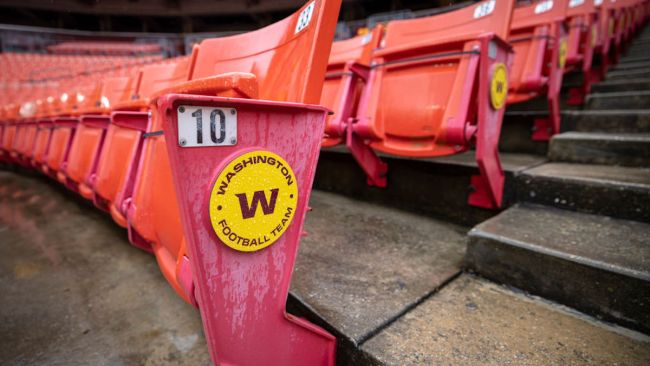 UPDATE: the reporter who shared the original photo of the mugs has clarified that they’re being sold OUTSIDE the stadium and not by the team.

From team official: These were not INSIDE the stadium. Instead, they were being sold at a truck just outside it https://t.co/DoXPlXEbIJ

Another year, another season of absolute preposterous shenanigans from the recently bequeathed Washington Commanders.

Hosting the Jacksonville Jaguars to kick off their 2022 season (fun game!), while there haven’t been any reports of poop water spewing on paying customers (yet), there is something equally absurd unfolding at FedEx Field, albeit a bit more harmless: apparently, the Commanders — who are a Washington D.C. based team — are telling official coffee mugs with the northwestern STATE of Washington on them.

Elsewhere at the stadium: I’m being told there are mugs with outlines of the state Washington for sale pic.twitter.com/1fzp4RrdNV

When your own team seems confused about where exactly they’re located, it might be time to reconsider the direction that the franchise is headed in.

Despite the perpetually sad state of the Washington Commanders franchise, the team — now led by former Eagles and Colts quarterback Carson Wentz — is favored by three points against Trevor Lawrence and the Jags today in their home opener.